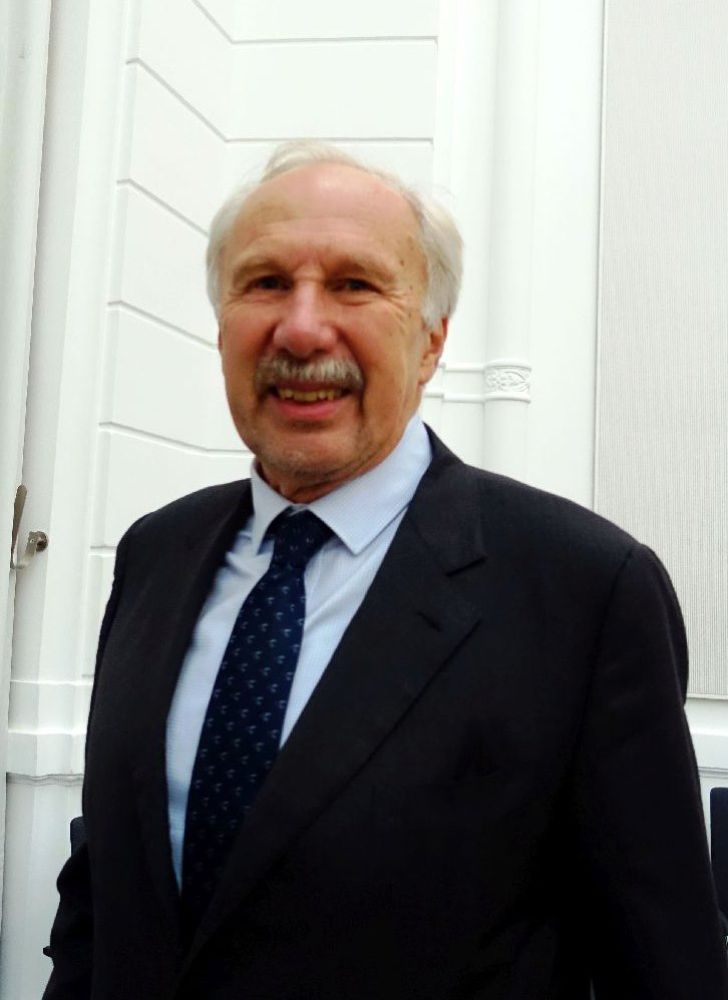 What role is there for savings in this scenario?

This is exactly the second aspect we have to mention, more precisely the relationship between savings, i.e. the supply of capital, and investing. We have a so-called “savings glut”, a clear oversupply of savings. On the other hand, thanks to modern technology and technical progress, which is capital saving, we see a tendency to drive down the price of capital to the “natural rate of interest”. This interest rate, by definition, supports the economy at full employment or maximum output while keeping inflation constant. This natural rate of interest is going down worldwide.

And what conclusion can we draw from that?

The tendency towards low interest rates is caused by economic developments originating outside the central banks. In addition, however, we have to assume that the policy of the ECB did and does exert an additional effect on interest rates. Obviously that is the reason why the ECB lowered them.

Right, there is Switzerland, there is Denmark, there is – as mentioned before – Japan. But those countries have used their policy of negative interest rates as an instrument of exchange rate policy. They need to avoid appreciation of their currencies. The ECB case is different. The ECB’s goal is to use the interest rates to achieve price stability.

Would you recommend a change in the ECB’s interest rate policy?

I advocate getting away from negative interest rates. However, this is no easy task for the ECB. The ECB is stuck in the middle of a self-inflicted dilemma. The ECB’s mandate for price stability is set in the EU treaties, yet without a clear definition of “price stability”. In 1989, an inflation target was set at an upper limit of 2%. In 2003, this definition was clarified more precisely to “an inflation rate close to 2% over the medium term”. Over time, the ECB has developed an inflation target of 1.9%. However, the inflation rate within the eurozone has never reached this self-imposed limit. The ECB was obliged to follow its self-imposed rule although there was no macro-economic rationale for it in the last years.

Should the rules be changed?

We have to adapt the rules so that the ECB can stick to them. Not reaching its own self-imposed goals and rules is harmful to the credibility of a central bank.

That is a strong argument for a more realistic and flexible definition of price stability. Your advice?

The ECB should stick to 2% with a range between 1–3%. Such a range is already being used by quite a number of other central banks around the world.

How would financial markets react to such a change in the rules?

Large parts of the financial markets would not welcome any move away from a policy of low interest rates. Nevertheless, a central bank should act independently of both state intervention and market pressure, and we saw a dramatic monetary policy intervention in the markets on July 26th, 2012. It was spectacularly successful. As Mario Draghi stated at the time, “Whatever it takes”, and this intervention literally “saved the euro”.

Let’s look at this dramatic episode in more detail …

The point of departure was a strongly declining trust in public finances in some EU countries. The interest rates for their bonds exploded and massive capital flight set in, with the risk of breaking up the eurozone. The extreme nervousness of the markets at that point was not without reason because legally, according to the rules of the EU treaties, every single member state in the eurozone is subject to the risk of insolvency and article 123 of the Treaty on the Functioning of the European Union prohibiting the ECB from financing public debt. There is, at least in theory, always a risk of public default by an EU country.

Is there an intended strategy behind that, or is this mechanism an “accident”?

The mechanism was deliberately introduced into the treaty as a way of enforcing fiscal discipline among the member states. It was additionally reinforced by article 125, which introduced a no bail-out clause ensuring that the responsibility for repaying public debt remains national and prevents risk premiums caused by unsound fiscal policies from spilling over to partner countries. To cut a long story short, we ended up in what the German chancellor Angela Merkel called a “competitive market democracy”. The markets decided at the end of the day, triggering a self-feeding and accelerating cycle of panic that could only be stopped by outside intervention.

Draghi’s intervention in 2012 may have stopped the panic, but it did not solve the problem …

The actual problem was the economic mismanagement of specific countries, plus, secondly, ignoring the fact that all eurozone members are closely connected via the capital markets and market expectations. Thus, 2012 has to be seen as a dramatic illustration of the dilemma of rule-based approaches and targeted interventions. The most important lesson, however, was that we had to engage in massive reregulation of the banking sector and adopt new rules in order to achieve long-term stability. On the macro-economic side, we clearly saw that there has to be leeway to avoid costly short-term policy mistakes.

What needs to be done to solve the problem?

We have to better coordinate the monetary and fiscal policies in a crisis, and, as Stanley Fischer and Philipp Hildebrand suggest in their paper “Dealing with the next downturn”, there should be a standing emergency fiscal facility. Activated, funded and closed by the central bank in order to achieve an explicit inflation objective, the facility would be deployed by the fiscal authority.

To summarize and get back to your keynote title “Power or Economics?”: what is the answer?

There are four points: first, economic life is influenced by both power (rules) and economics (intervention). Second, we have to find an appropriate equilibrium between the two forces. There is no room for an overly dogmatic approach. I do not recommend the lawyers’ dictum “Fiat iustitia et pereat mundus” (“Let justice be done, though the world perish”). Third, the challenge is of specific relevance to central banks as public institutions, as it decides how they exercise their independence. Fourth, the ECB made good use of its independence in 2012, but it has to be aware that there will be more challenges in future.

Ewald Nowotny is an Austrian economist, a social democratic politician and former governor of Oesterreichische Nationalbank, Austria's central bank. He was also a member of the European Central Bank’s governing council. Nowotny graduated in 1966 with a doctorate in Law from the University of Vienna, qualified as an associate professor in Economics at the Johannes Kepler University Linz in 1972 and was a full professor at the Vienna University of Economics and Business from 1981 until 2008.