Timothy Snyder: The Road to Unfreedom

With the end of the Cold War, the liberal democracies seemed to have triumphed. Observers declared the end of history, trusting in a peaceful, globalized future. However, authoritarianism returned. Timothy Snyder, Levin professor of history at Yale University, explained the background to this development at the OeKB roundtable. Find more about his views in our interview.

"Let's face the challenges and do something!" 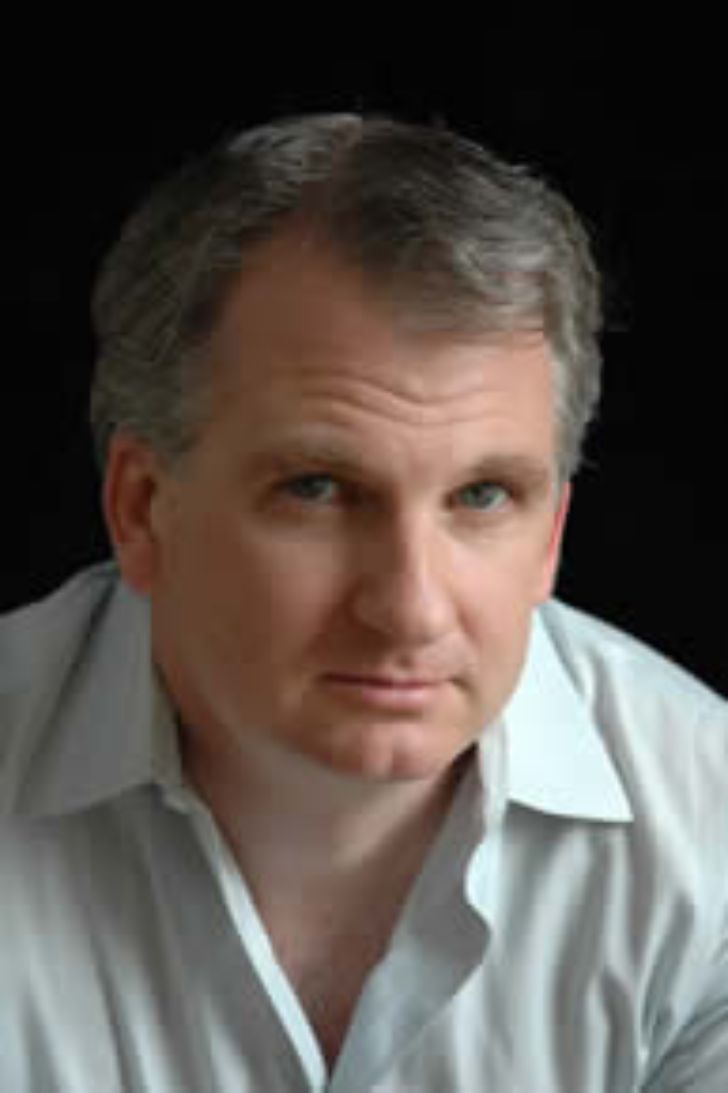 Professor Snyder, in your recent book "The Road to Unfreedom", you describe the returning of authoritarianism. Is history our future?

We do not have a future, or at least not a mental future worth talking about. We have lost the ability to think about what comes next and to project our thinking into the future.

When looking at the current leadership of Russia and the US, they have one point in common: leaders have no program for the future and succeded in distracting the rest of us from thinking of such a program. They make us think about a past that never happened and make it a major theme of discussions of the present - thus creating a "politics of eternity."

Could you give us examples of such myths and "special points in history"?

In Russia, President Putin's first such point was the year 988, when his namesake, an early medieval warlord of Scandinavian origin known in his time as Volodymyr or Valdemar, converted to Christianity. In Putin's myth of the past, Volodymyr/Valdemar was a Russian whose conversion linked forever the lands of today's Russia, Belarus, and Ukraine.

In justifying the Russian invasion of Ukraine, Putin spoke of the  spiritual unity of the two countries, a supposedly eternal phenomenon that was meant to distract us, and did distract us, from the simple fact that the Russian army was attacing a neighboring country.  He also referres to the Russian empire and to the second world war in a similar way.

Which is the myth behind Donald Trump's politics of eternity?

The slogan of President Trump's campaign back in 2016 was "America First." This was a reference to the 1930s, or rather to an alternative America of increasing racial and social inequality that was not met with public policy. In the 1930s, the phrase "America First" was used to oppose both the welfare state proposed by Franklin D. Roosevelt and the entrance of the United States into World War II. To say "America First" in the 2010s was to establish a point of mythical innocence, to embrace inequality as natural.  This justifies a presidency in which there is very little actual policy and a good deal of simple entropy. 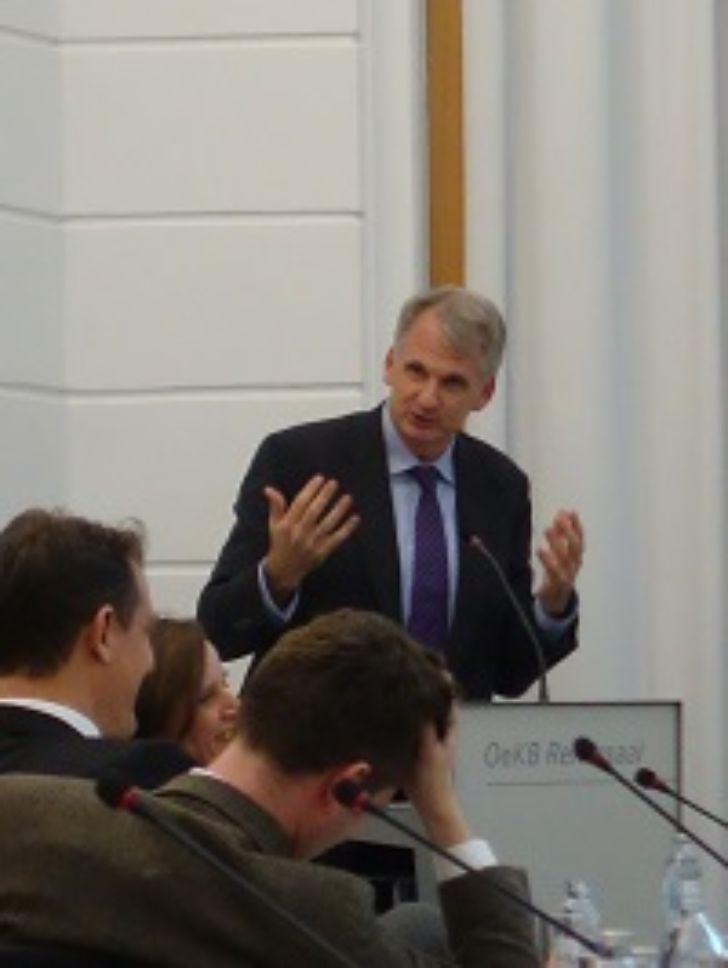 What about a "European myth?"

When the politics of inevitability comes to seem implausible, after a financial crisis, or as a result of social immobility, we tend to fall into the politics of eternity. We keep on thinking that we are not responsible, but now rather than thinking that all will be well, we think that all will be ill, and we blame others.  It is easy to see this in Russia and in the US.

But Europeans should not be complacent. They also have a politics of inevitability, which I call the fable of the "wise nation." It goes as follows: "There are old, wise European nations who have learned that war is bad. Therefore, they decided to cooperate, and form the European Union. Since then, we have peace." This story is a myth. The real story is that empires fell apart into nation states, nation states caused wars and collapsed. World War II was a German colonial war, and it was not about Germany and Western Europe, but about Germany and Eastern Europe ...

This is pretty strong meat for Europeans to hear that their Union is just a myth. The fact is that we have had more than 60 years of peace since 1945.

The EU is a reality, perhaps the most important reality of our century. But the story that Europeans tell themselves is wrong.  And this is dangerous, because it prevents Europeans from seeing what the stakes are. The real alternatives in european history are empire and integration. The nation-state has very little actual history. Europeans tend to think that they can return to the nation-state. But why? It only exists in myth, not in reality. Leaving the European Union is therefore a step into the dark.

There is also a pragmatic point to be made. The story about the past should be true. But there should also be a story about the future. The EU uses a functionalist story to talk about itself, economics, and progress, whereas national stories talk about literature, music, and emotions. The EU has a functional story because it never saw the necessity of telling another one. 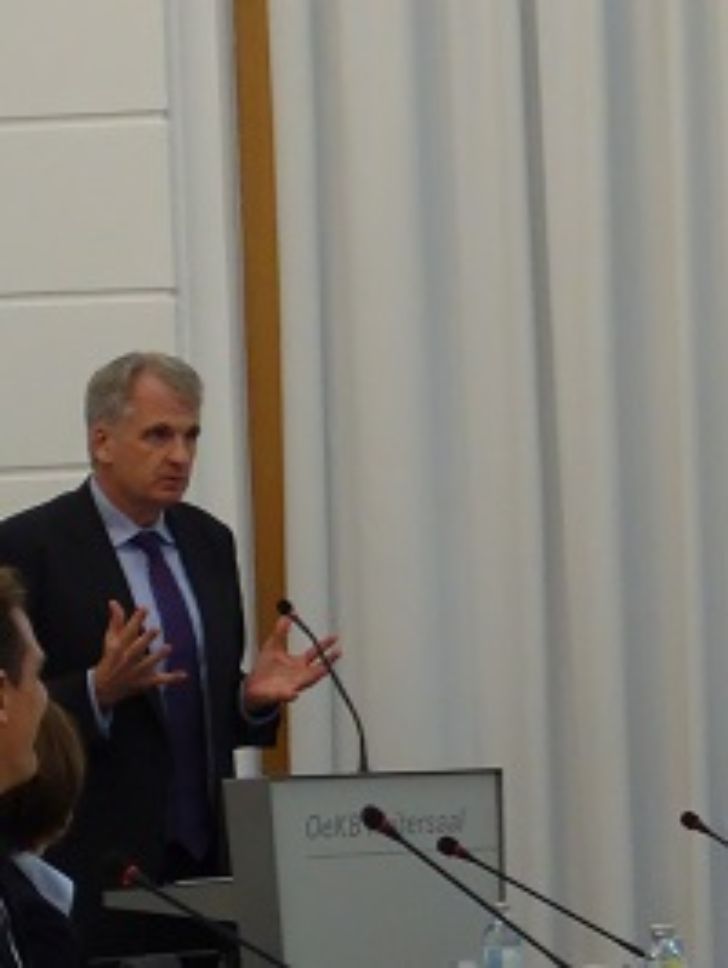 Isn't that a clear focus on the future when working on progress? Thanks to technical, social, economic and scientific progress, we are constantly moving forward. Isn't that future?

Forward toward what? We cannot know what progress is unless we have an answer to the question. The problem of the quarter century after 1989 is that we abandoned this question on the logic that the present was the only possible reality. This "progress" of the past decades comes from a particular historical coincidence. In 1990/91, we saw the end of communism which was rather a historical accident than a progress-driven result.

We saw the founding of the EU, the rise of neo-liberalism, the upcoming of "Thatcherism" and "Reaganomics" with their believe in the primacy of competition and free markets. All these notions did not have anything in common, they simply came together at the same time, by accident, making us think that they were inevitable and an "end of history" or an end of alternatives. The politics of inevitability is, thus, the story of progress - just another story, not the truth.

If progress is not our future, it at least changes politics. Would you agree?

The mistake is to imagine that technological change automatically leads to the political changes that we expect.  The politics of inevitabity, in both its old marxist and its current capitalist form, proclaims that changes in technology must be ultimately progressive.  But it's maybe more helpful to examine the evidence and think about what we want, rather than accepting everything that happens in the name of progress.

Consider for example what changes of technology have done to democracy. We have seen a clear change since the 1990s due to technological progress. Back then, we talked about physical technology. During the cold war question was whether "they" or "we" produced better cars, better refrigerators, better machines, better whatsoever. The technologies then were three-dimensional. They could not be immediately copied.

Today, technology is two-dimensional, i.e. digital. There is no need to build real, tangible goods to use them. Today's tools are intangible, such as apps for smartphones, pieces of information on screens. They can be immediately copied and put to different purposes. This is changing the way that politics works. Technological progress in the form of digitization has driven us towards a politics of eternity.

Look at the example of social media: we take a stereotype of a view presented on Facebook, on Twitter, on similar digital channels, and turn it into our view. This worked especially well during Trump's running for president. At the end of the day, there are no longer individual views. Social media endanger democracy - not just in the US. It is a fact that the rising spread of the Internet coincides with the retreat of democracy around the world and promotes the politics of eternity.

... including the US under president Donald Trump ...

Trump is the ideal candidate for politics of eternity. His slogan "Make America great again" reaches back to a past that never happened. When were the US great? The answer we know from the political scientists is: "When I was young." This has nothing to do with real facts. Trump is simply a good politician for politics of eternity, good at looping people in politics of eternity and good in how he uses technology. He makes people crazy with his messages on social media. He polarizes: "Either you love it or you hate it." When Americans are lost in emotions they lose the future.

What can Europe do? Should it continue its politics of inevitability as ideological counterweight to the US's and Russia's politics of eternity?