Stian Westlake: The rise of the intangible economy

Secular stagnation, increasing inequality, political uncertainty, and a financial system that does not do what it is meant to be doing: the world seems to be a scary place where the species of intangibles takes over. Stian Westlake about a weird new economy. 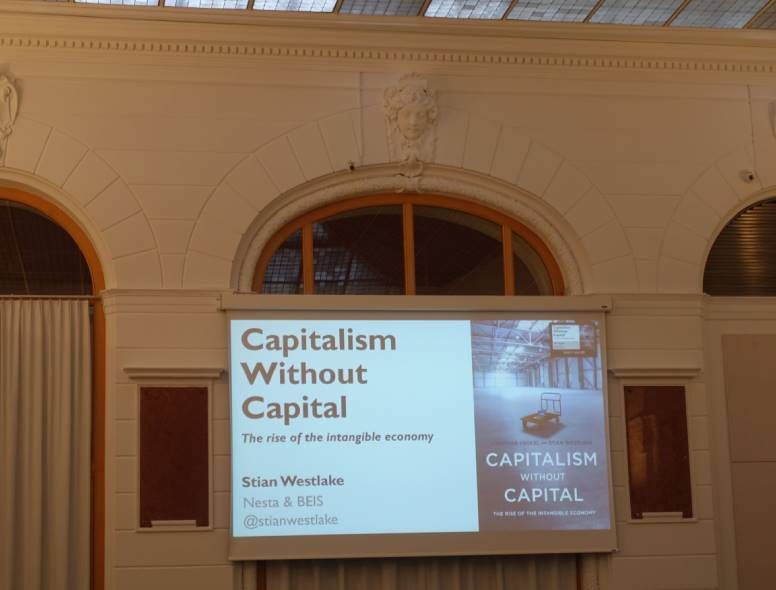 Capitalism is in crisis, a long overdue crisis, many say. How will it end?

Indeed, this is a line I hear a lot, both from the political left and the political right. But something else is going on: capitalism is not in crisis, but capitalism is changing. In particular, capital itself, the nature of investment and capital assets, is changing. It becomes more and more intangible. We move from the production of and the investment in tangible assets, such as buildings, computers, vehicles, plants and machinery, to intangible assets, such as software and data, brands, design, training, research and development. This intangible capital is more and more on the rise.

Intangibles are difficult to measure. It's much easier with tangibles: there is an investment made by a producer, this investment is costly to obtain, and it provides a benefit over time. Intangibles, however, are tech-based investments, or relationships within supply chains, or HR training, or marketing investments. Let's take as an example the impressive marketing machinery around Harry Potter: you cannot touch the outcome of it, but you feel that it generates a huge economic rent. Such intangibles are totally absent in most company and national accounts, or at least very badly measured. Accountants and statisticians tend not to count intangible spending as an investment, but rather as day-to-day expenses.

People argue that the shift from tangible to intangible capital is rather a tech story than a development concerning the entire economy. Right?

The rise of the intangible economy affects all business sectors, even the very physical business of the gym industry. By 1977, the United States were full of gyms. Arnold Schwarzenegger’s breakout movie “Pumping Iron” had just been released, featuring scenes of him training in Gold’s Gym in Venice Beach, Los Angeles, which had been established in 1965, and was widely franchised across America. When looking around a gym of the time, you saw some workout rooms with machines, some changing rooms, some equipment. 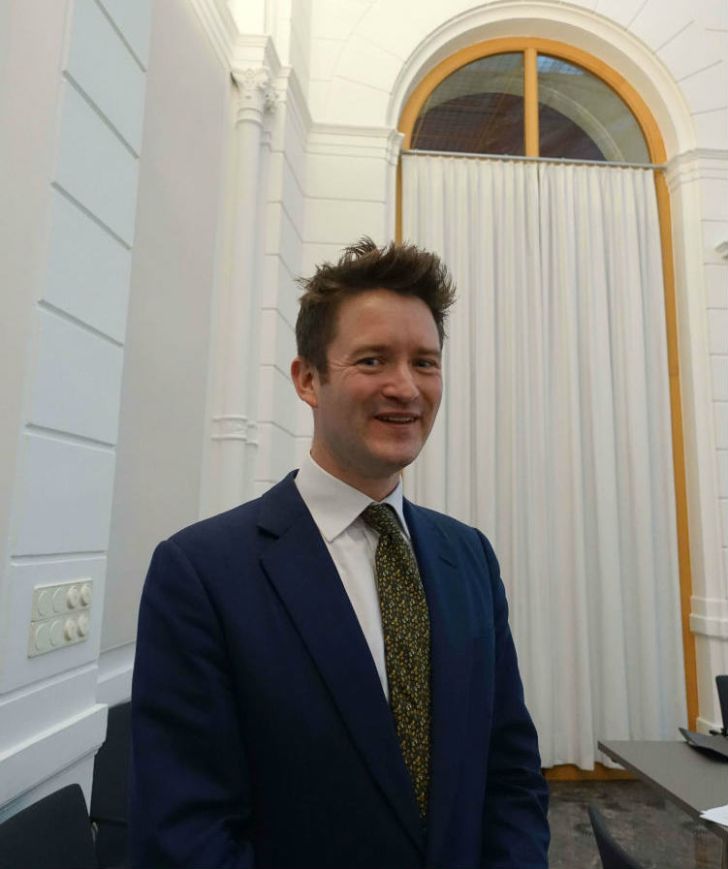 A gym of the year 2018 is not much different. The machines and changing rooms are there as well …

Right, they are there as well, but there is a broad range of things that the 1977 gym didn’t have. There is the software behind the computer on the front desk, recording memberships, booking classes, scheduling the staff roster, linked to a central database. The gym has a brand, which has been built up through sophisticated, expensive advertising campaigns. There’s an operations handbook, telling the staff how to do various tasks. Staff members are trained to follow the handbook and do things with a routinized efficiency. There is a branded training program with a registered trademark, a set of compilations of up-to-date, high-energy music on franchise basis. All these things can’t be touched. Even a very physical business – literally, the business of physiques – has become dependent on things that are immaterial.

So the message is: when you want to make money, go for intangibles and license music to gyms?

(Laughs) I would not recommend that to everyone, but there are, indeed, specific economic properties that characterize “successful” intangibles and make them “valuable.” I call these properties the “4 S.” They stand for scalability, sunk costs, spillovers and synergies. The first, scalability, means that intangible assets can often be used over and over, in multiple places, with little or no reinvestment. Sunk cost refers to the fact that once a firm makes an intangible investment, it is hard to sell it or recover its value. Furthermore, the firm will not receive all or perhaps any of the returns. That’s due to the spillover effect. Finally, intangible assets are often especially valuable when combined with other intangibles and human capital. We then talk about synergies.

The synergy aspect is clear, but the rest sounds very theoretic. Could you provide some illustrative examples for scalability, sunk cost and spillovers?

Let’s think about taxi cabs: the cars themselves are not scalable, but Uber’s algorithm is highly scalable. When a phone producing company goes bust, it can, at least, sell its physical headquarter building and make money out of it. When a software company makes an investment in the coding of a software that doesn’t work, it can’t sell anything. These costs are sunk. After Apple released the iPhone, almost all smartphones started looking just like it. Apple’s investments in software, design, and supply chains were adopted or imitated by its competitors who benefitted from Apple’s work. That’s the spillover effect.

We have now worked out the conceptual foundations of the intangible economy. Let’s talk about its consequences for business: in which ways do intangibles lead to changes in our economy and society?

The growth of intangibles increases the leader-laggard gap. This means that there is a growing gap between the best and most profitable companies and the other firms. Intangible, scalable assets like Uber’s software or Starbucks’ brands are especially valuable for large firms. Firms that already have valuable intangibles get greater benefits from other intangibles and are more able to capture spillovers than other companies.

Does that help explain what you call “secular stagnation”?

The characteristics of secular stagnation are a combination of low interest rates, high returns on investment and profits, but a low aggregate investment and, therefore, low growth. That’s exactly the situation we are in now. Money is cheap, but the majority of companies does not invest. The incentive for leaders to invest is much bigger than for laggards since the scalability of intangibles allows large and profitable firms to grow further and raise their productivity. This widens the profits gap between leaders and laggards, who are on "capital strike."

What about the human side of the intangible economy?

Intangibles allow for greater control of workers and greater fungibility of workers. Non-routine work will see a clear routinization, the process of shifting value from labor to capital will go on. Cities will become more important and more sectorally diverse. This will be a major driver of inequality. We will see economic divisions between thriving cities and the rest. At the end of the day, some workers may lose out due to intangibles.

Keyword inequality: which types of inequality do you mean?

Keyword openness to experience: which skills are required in the intangible world?

It’s not just coding, scientific or technological know-how that counts, it’s much more about soft skills, the ability to do social work, to build relationships between firms. This happens where people come together physically. Although we already have many technical solutions to overcome physical distance and to meet virtually in a Skype conference, it is still important to meet personally. Let’s remember Amara's law on the effect of technology: “We tend to overestimate the effect of a technology in the short run and underestimate the effect in the long run.” Physical proximity still matters.

Which financial system will we need to finance the intangible economy?

Sunk costs of intangible investment makes debt finance harder. Most businesses still rely on debt finance. A shift to more equity finance is necessary. However, public equity markets appear to undervalue at least some intangible assets in part due to underreporting of such assets and due to the uncertainty around intangibles. More equity finance would, furthermore, require tax changes, significant institution-building, and new rules. We will need a new public policy on intellectual property, defining who owns intangible assets, how best to manage spillovers, how not to discourage synergies, and how best to protect and collateralize intangible assets. 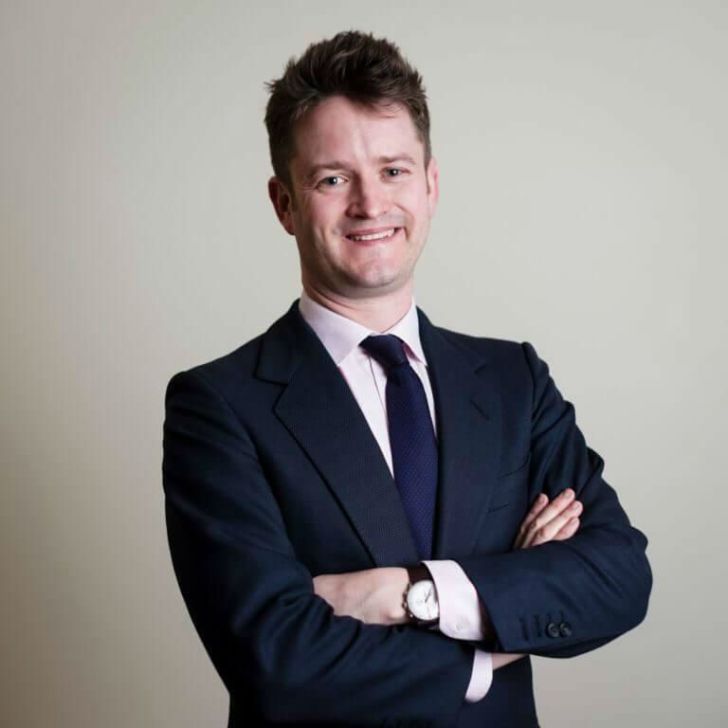 Stian Westlake is Policy Adviser to the UK’s Minister of State for Universities, Science, Research and Innovation. Stian formerly led the Policy and Research team at Nesta, the UK’s national foundation for innovation. He is a governor of the National Institute for Economic and Social Research and a trustee and co-founder of the Mohn Westlake Foundation. Stian is the co-author of the book “Capitalism without Capital: the rise of the intangible economy. More information: www.csap.cam.ac.uk/network/stian-westlake