Securities settlement has become more secure and efficient than ever before

Starting today, OeKB CSD GmbH, the Austrian central securities depository, launches the TARGET2-Securities (T2S) platform established by the Eurosystem for its administration and settlement of domestic and cross-border securities transactions. T2S has been created to harmonise the settlement of securities transactions across Europe using central bank funds. This eliminates former restraints in cross-border settlement and at the same time increases security and efficiency. The Euro Central Banks use T2S for cash account administration.

The creation of a platform such as T2S is an important step towards creating a true cross-European market for financial services within the EU. "OeKB CSD will employ T2S in its full extent and for all securities categories in custody. We will therefore be attractive to all European banks holding securities accounts“, according to Georg Zinner, member of the executive board of OeKB CSD GmbH. Together with the Austrian CSD, five other European CSDs launched the T2S system today, among them the German central securities depository.

The main goal of the T2S project is the integration and harmonisation of the strongly fragmented European securities settlement infrastructure. Another objective is to lower the costs of cross-border securities settlement and increase competition and the possibilities to choose between European providers of post trading services.

For OeKB CSD it was a matter of course to employ the new platform in its full extent from the start. "We intend to offer to our customers all the technical possibilities that the system provides. If we use T2S, we can do this now at an even more favourable pricing" Peter Felsinger, member of the executive board of OeKB CSD GmbH, points out the benefits of T2S.

The T2S platform was developed by the German, Italian, French and Spanish central banks (4CB) on behalf of the Eurosystem. It was initially launched by four CSDs in 2015. Since then, 12 other European CSDs have been connected to the system. By September 2017, additional CSDs that decided to join T2S will be linked to the system in a fifth wave. 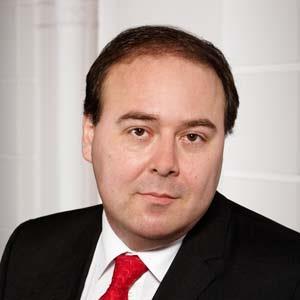