Cote d`Ivoire. The new millennium in Côte d'Ivoire began turbulent and bloody. But now the economy is booming and the transformation into an emerging market is about to start. 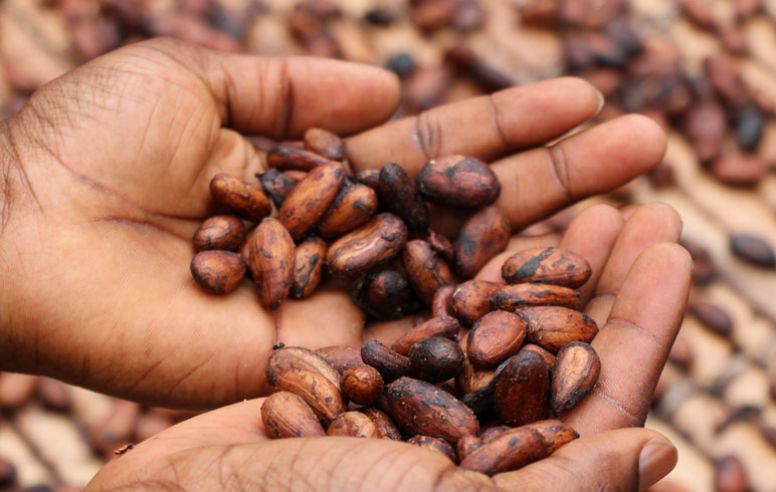 On the way to more added value: refine cacao to chocolate
© iStock

On the flight to the south the landscape changes from minute to minute: More and more vegetation mixes into the beige of the Sahara. On the border with Cote d'Ivoire there's no longer a trace of desert: forests and fields characterize the picture. But the green becomes even lusher once you ffly over the cocoa growing areas. 40 percent of the world's cocoa production comes from here. Almost as high is the share of cocoa beans in Ivorian exports. They provide the livelihood for a large part of the population and provide the country with abundant trade surpluses. But cocoa has also bitter flavoures: There is still a lot of child labor, despite all the certificates. And the revenues are heavily dependent on the weather and fluctuating world market prices.

From an exemplary country to civil war

Low cocoa prices were usually responsible for the crises that the country had to pass. For a long time, Côte d'Ivoire was considered as a prime example of successful development – in the seventies, even a delegation from, at that time poor, South Korea is said to have visited the country to learn something. "Until 1999, the country was the politically most stable and economically strongest in francophone West Africa," says country expert Ines Baumann of OeKB. But quickly this reputation was lost: An economic crisis due to falling cocoa prices followed by a military coup that ushered in a turbulent new millennium. A civil war between supporters of president Laurent Gbagbo in the south and Alassane Outtara in the north led de facto to a division of the country (2002-2007). After the presidential election in 2010, it came again to months of violence: Ouattara was internationally recognized as an election winner, but Gbagbo didn't want to give up his position initially.

The impressive economic performance in 2017 and 2018 makes the country one of the fastest growing economies in the region.
Ines Baumann, OeKB country expert

Since then, peace has returned and the economy is booming. Growth rates of around eight percent have been the norm in recent years. "The impressive economic performance in 2017 and 2018 makes the country one of the fastest growing economies in the region," says Baumann. Michael Berger, the Austrian economic delegate responsible for Côte d’Ivoire, sees growth driven by the fact that the setback caused by the civil war is now caught up. "But even the industry is growing – for example by producing consumer goods for the growing middle class," says Berger. In 2015, for example, the country's first chocolate factory was set into operation – a symbolic event for the planned transformation of the previously agrarian economy. "The food processing industry contributes significantly to the growth of the industrial sector," confirms Baumann.

Christoph Mayer sees good conditions for a continued strong economy. The business consultant specializing in francophone Africa is President of the Austria - Côte d'Ivoire Friendship Society. "The transport and energy infrastructure is well developed by regional standards." Côte d'Ivoire is also the heart of the West African Economic and Monetary Union (UEMOA). "Many exports from neighboring countries run through the port of Abidjan, the second largest on the continent." Mayer knows the Ivorians as extremely busy and diligent: "They see themselves as a country with a beacon function. If a product is doing well there, the neighboring countries often take it on. "It is also noteworthy that the currency, the CFA Franc, is linked to the Euro.

Despite the open borders, however, the trade within the UEMOA is not yet very active – "because all countries produce about the same and the transport connection between the countries are still bad," suspects the business delegate Berger. From Casablanca he looks after numerous French-speaking countries in West Africa. He also attributes a leadership role to the Ivory Coast. "Just by looking at the condition of the roads and the cars driving there, you'll notice an advantage over countries like Guinea or Mali."

In addition to cocoa, the economy currently relies on products such as coffee, cotton and cashew nuts. There is also a significant oil industry, including a refinery. Many suspected fields are still undeveloped. Tourism, on the other hand, is barely developed – even though the coconut palms and sandy beaches look so tempting.

They see themselves as a country with a beacon function. If a product is doing well there, the neighboring countries often take on.
Christoph Mayer, President of the Austria-Côte d'Ivoire Friendship Society

Economic relations with Austria are not yet very close: Main exports to Africa are machines and Austria's exports accounted for a total of around 29 million Euros. The imports are dominated by cocoa, along with cashews and exotic fruits such as pineapple. "There are no Austrian companies producing or operating branches there," says Berger. However, many companies are showing an interest in the market, some like VAMED in the hospital sector have already realized their first projects.

"Main topics are, for example, infrastructure, urbanization, smart city, waste and water management," says Berger. Ines Baumann from OeKB also sees good opportunities for Austrian suppliers and investors in the fields of health care and medical technology, plastics and education. However, the French language is often a hurdle, reminiscent Berger: "They can not just send English-language catalogs there." One advantage, however, is the good image of Austria, as Mayer reports: "We have colleagues status, are perceived as equivalent – unlike France , Germany or Russia. And we have no colonial past."

Little education, a lot of poverty

The Republic of Côte d'Ivoire is still far behind in rankings such as the Human Development Index. "The illiteracy is falling, but is still close to 40 percent," says business delegate Berger. A similar proportion of the population lives below the poverty line. It is to be hoped that they will soon benefit from the upturn too.

The first thing for the country is to come through the election 2020 non-violently. Ex-president Gbagbo, who was arrested after the 2011 riots, has now been acquitted by the International Criminal Court in The Hague. If he returns, it could come to a hard confrontation. "Gbagbo still has a lot of followers and despite the economic success, Ouattara is not very popular," says Berger. "The uncertainty is currently also causing foreign and domestic investment to be held back because they are still awaiting the election." Management consultant Mayer is optimistic and expects a calm election: "The population doesn't want a dispute anymore. I do not think any fraction will risk what has been achieved in recent years. "