The Bulgarian political scientist Ivan Krastev visited the OeKB as part of the roundtable discussions. Krastev is known for his thoughts on the unification, crisis and future of Europe and spoke in Vienna about this topic

Nations experiencing their mortality are afraid of migrants 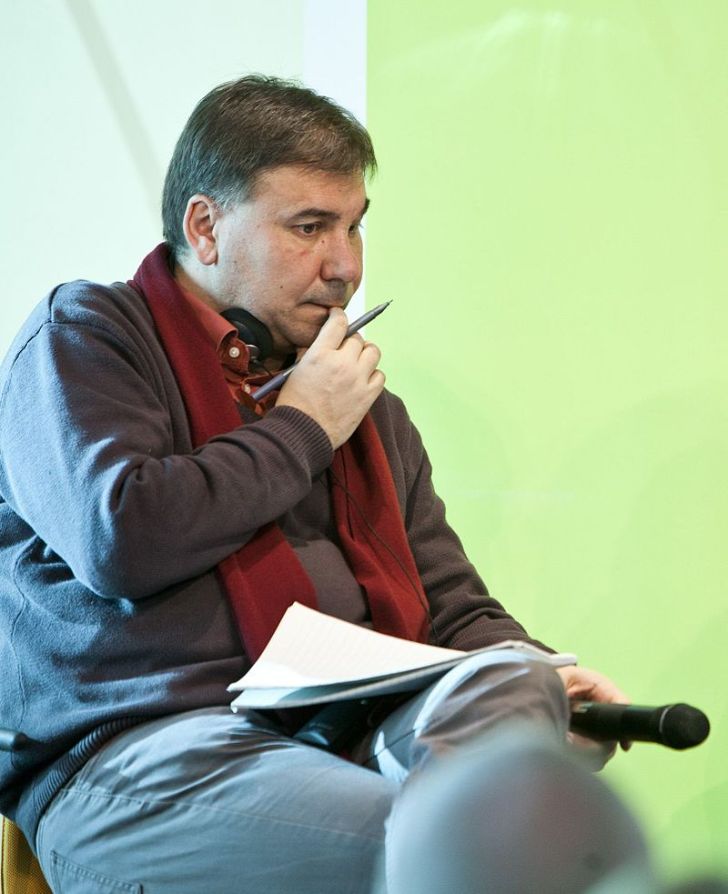 Mr. Krastev, although there is some economic recovery in Europe now, there is still some doubt whether there is a trust crisis in Europe? Is this distrust in Europe founded in too inconsistent policies in migration?

Migration is an important issue, no doubt. Let me first name three other causes of destabilisation and losing faith in the European idea. The first one lies in the not fulfilled promises of ubiquitous wealth for all. Usually we see economic interdependence of countries as an insurance against war – if countries trade with each other this will reduce the risk that they go to war against each other. This narrative is too narrow. It only works if both partners have positive trade expectation and do not have the feeling that the other one is relying on a beggar-my-neighbour policy. When people in one country have the feeling that they are the losers of economic interdependence, because maybe their wages are undercut, interdependence might even increase risk. This kind of sentiments sometimes are ignored, and people get frustrated.

Then there is the matter of the European financial crisis. It was not a crisis of the EU. It was more a crisis of the Euro zone. The large western member states, being also members of the Eurozone, too often mix this up.  We ought not to forget: Europe is something else than the Eurozone and although some members do sometimes forget about this, the CEE countries are very much aware of the distinction. There is a cause of disruption there, as well.

Then there is the Brexit crisis. This was very important from a psychological point of view. It suddenly showed that the European Union cannot be taken for granted anymore.

We see that there are different forces tearing Europe in different directions and destabilizing it. What about migration?

To my mind migration is the revolution of the 21st century. When we think about 1989 – it was the end of the cold war. Some historians, like Francis Fukuyama, thought we had reached the end of history. Everything was becoming mobile – ideas, capital, goods. Everything except people.

This has changed now. Globalisation and digitalization have made the world comparable. You do not compare your life with the life you had ten years ago. And you do not compare it with your immediate neighbours, you compare it with the best you can. This is quite rational: How much income you will have during your lifetime does not depend on your qualification or profession, it depends on where you are born and where you live. If you are not satisfied with your surroundings, it is much more rational going to another country than trying to change the government in the country where you live.

We have to realise this is not only about climate change or war, it is simply about exit.

All these people willing to leave their own countries are now coming to Europe?

Well, that’s the interesting thing: In fact, only a very small number are coming to Europe. Most of them stay in Africa or Asia, nevertheless we have the impression they come. It is not a problem of numbers. In 2016 immigration amounted to 0,5 percent of the European population. If you look at Jordan or Turkey – these are countries which have a problem with numbers. Not Europe. However, if you talk about something for long enough, people start worrying.

Not all European countries are reacting in the same way, are they?

That is true. Especially the Eastern European countries are worried. Which is kind of paradoxical in more than one way: First, these countries have had a positive experience of what open borders mean. The opening of borders in 1989 meant they could get out of their countries. Nevertheless now they want to close the same borders again. They don' t want anybody to get in. The second thing that is counterfactual is that there are de facto no refugees in those countries. They crossed them on their way to Western Europe, and they did not stay.

Nevertheless there is a huge anti-migrant sentiment. For example, 51 percent of the Poles say they want Poland to leave the EU if there should be migrant quotas imposed on Poland. In this aspect the Eastern European countries are very much alike. Although in other aspects they are quite different and experience different economic performance, in their policies towards migration they have become indistinguishable.

Why is it that Germans said, "We can do it”, while Eastern Europeans were against migration from the very beginning?

There are several answers to that: One concerns the trust in institutions. When Merkel said, “We can do it”, there were only few who did not believe that Germany could do it, because there was trust in German capacities to deal with the problem. On the other side, the hostility towards migration in Central and Eastern European countries is also mistrust in the capacity of their own states. All too often people had witnessed the level of failure in policies especially towards minorities who have lived in these countries for ever.

Maybe it was a statement against Germany, too. During the financial crisis the main message from Berlin and Brussels was: “You have to follow the rules” – a demand that put for example Greece and Italy under enormous stress. Then the refugee crisis started and suddenly, on a unilateral decision, Germany said, “Let’s open the borders.” This change of rules led to an anti-German hysteria in a number of Central and Eastern European countries.

Most of all the answers lie in history: First of all, all of these countries have had no experience with colonialism and therefore with “others”. The Eastern Europeans are not open to cosmopolitan ideas. While cosmopolitan values are part of Western culture, at least since 1989, Eastern Europeans experienced cosmopolitanism first as the domination of the Habsburg empire and then of Russia – cosmopolitanism was the culture of the foreign occupiers. In the interwar period a sentiment rose in most of the Eastern European countries that ethnic homogeneity was a source of cohesion and stability. This feeling survived into the Comecon-era: While in Western Europe 1968 is associated with a revolution that was about identifying with people who are not like you, in Eastern Europe the attempts at revolution in 1968 were more about nationalism and feeling as a common people.

As you say – there are almost no migrants in Eastern European countries, so there is not too much threat to homogeneity. What are they afraid of?

Well, that’s the thing that is all too often understudied and underdiscussed: For most populist parties it is not only about stopping people getting in, it´s also about wanting to stop people getting out. It is as much about emigration than about immigration. You see this all over Europe. The AfD support is largest not in regions where there are many immigrants but rather in regions where many people have left in the past years. You find the same phenomenon in my home country, Bulgaria, and in other Eastern states.

There is a demographic panic – small ethnic nations or regions fear for their existence. Nations experiencing their mortality are afraid of migrants.

It reminds me a of Saramago’s novel Death with Interruptions – in an unnamed country people stop dying. What at first seems to be a good thing soon turns into a huge problem: The church has no task anymore, life insurance companies go bankrupt, health care is put under enormous stress and so on. The conclusion finally is, “If we don’t start dying again, we won’t have a future …”.

Would you say that this problem is mainly confined to the Central and Eastern European countries?

Unfortunately no. We see a narrowing of the breach in Eastern and Western policies. Today there is much more common agreement on border controls and the level of anti-migrant sentiments does not change. Let me give you another example: Before the migration crisis people in Eastern Europe trusted more in Brussels than in their own governments. Brussel was perceived as an ally of voters and citizens. This sentiment has turned around – now the predominant feeling is “Brussels does not care about us”. If we do not understand this impact which has nothing to do with the actual numbers of migrants we will not understand the dramatic shift in voters’ movements.

Apparently populist parties understand and enhance these sentiments all too well?

Yes, populists are treating people like customers – the customer is always right, if a majority wants something, it should immediately be given to them.

I do not think that the main impact of populist movements is on economic performance, its cultural impact is much heavier. There is a very powerful trend toward majority voting and a growing demand for referendums. We see this everywhere. If it succeeds will depend on the capacity for self-correction of political institutions.

The problem is that referendums usually mobilise people who have negative sentiments. To my mind, the lesser problem is whether single countries are voting in or out. The much huger problem for the Union as a whole is when national referendums are taken on European policies. I think that is one of the most underestimated risks for European policy.

This all sounds rather bleak. Do you see any hope for the European Union?

Yes, there are some developments which strengthen the legitimacy of the European Union again. For the first time, citizens of different countries are interested in other countries, even if they criticize them: Germans talk about the economic performance of the Greek, Hungarians talk about German immigration policies. We notice each other.

Not to forget about Brexit and Trump. In a way Brexit was a good thing, because it has increased the trust of people in the other member states in the Union. Both Brexit and the developments around the Trump administration make Europeans understand better that the nation state on its own is and will not be competitive. We need each other to succeed.

If we are able to translate these sentiments into a new kind of understanding of the need for European interdependence, Europe stands a chance to survive as a project.