On the paths of the Inca

Peru: Business-friendly politics should soon make the Andean republic flourish as it once did before the arrival of the Europeans – despite erratic weather conditions and political turmoil. 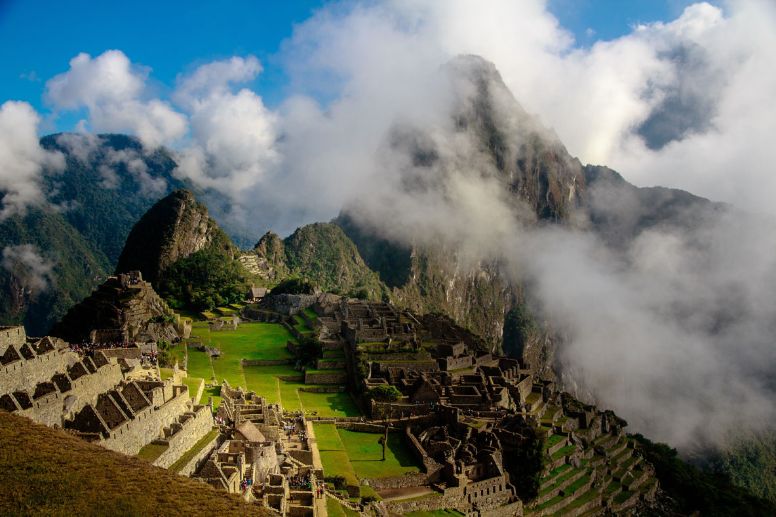 Peru is roughly divided into three regions: the coast, the Andes and the rainforest. The cultural cradle of Peru is located in the mountains, where the Incas once flourished with Cusco and where one can find many traces of pre-Columbian civilization. Despite the proximity of the equator there is a mild climate all year round. East of it are huge rainforests in which the Amazon has its origin. In the middle of the jungle, only reachable by air and boat, the city of Iquitos with half a million inhabitants was built – a center of the petroleum and timber industry.

The Spanish-influenced narrow coastal strip on the Pacific, where the capital Lima with almost ten million inhabitants is situated, is usually considered a very dry area. Fertile are only the valleys and estuaries of the rivers. But in March 2017, the weather phenomenon El Niño brought down heavy rains: Floods and mudslides claimed dozens of deaths and caused billions of dollars in damages.

Ex-Presidents in the sights of justice

Politics was almost simultaneously shaken by new revelations in the corruption affair surrounding the Brazilian Odebrecht construction company. "Peru was one of the main countries, where Odebrecht has been bribing vigorously," reports Wolfgang Köstinger, who, as an Austrian business delegate, looks after the market of Peru from Santiago de Chile. In the wake of the affair, numerous high-ranking politicians were arrested, including ex-President Humala in July 2017. His predecessor Alejandro Toledo is also involved in the bribery scandal and is being sought by international arrest warrant.

2016 Humala was succeeded by the liberal-conservative economist Pedro Pablo Kuczynski, who won in the last minute against Keiko Fujimori, the daughter of ex-president Alberto Fujimori (who is in the same prison as Humala because of human rights violations). However, Kuczynski's reform plans were significantly hampered by the fact that in Congress, Fujimori's party has a majority. This led to the distrust of the prime minister and Kuczynski having to set up a new cabinet, which was confirmed by Congress in October. In March 2018, there was another change of president: Pedro Pablo Kuczynski resigned after allegations of corruption in connection with the Brazilian construction group Odebrecht and thus came before a planned impeachment in parliament before. His successor is the former Vice President Martín Vizcarra. 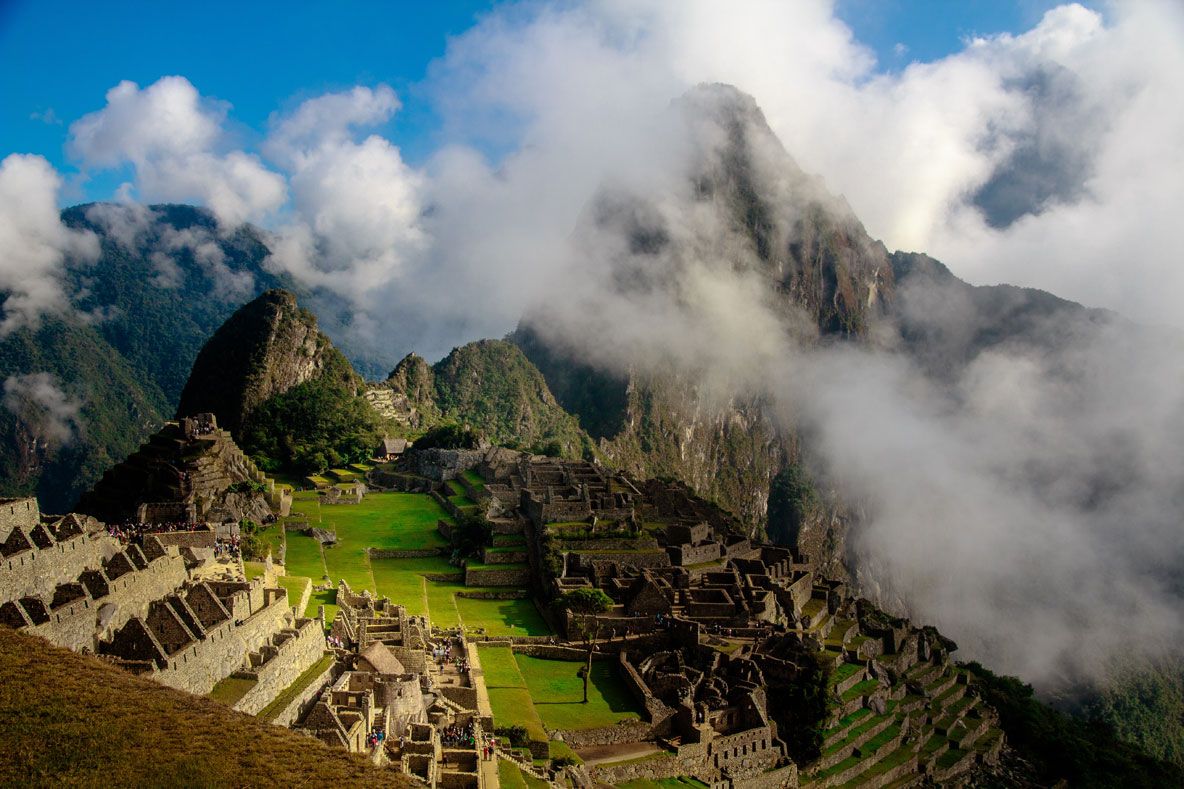 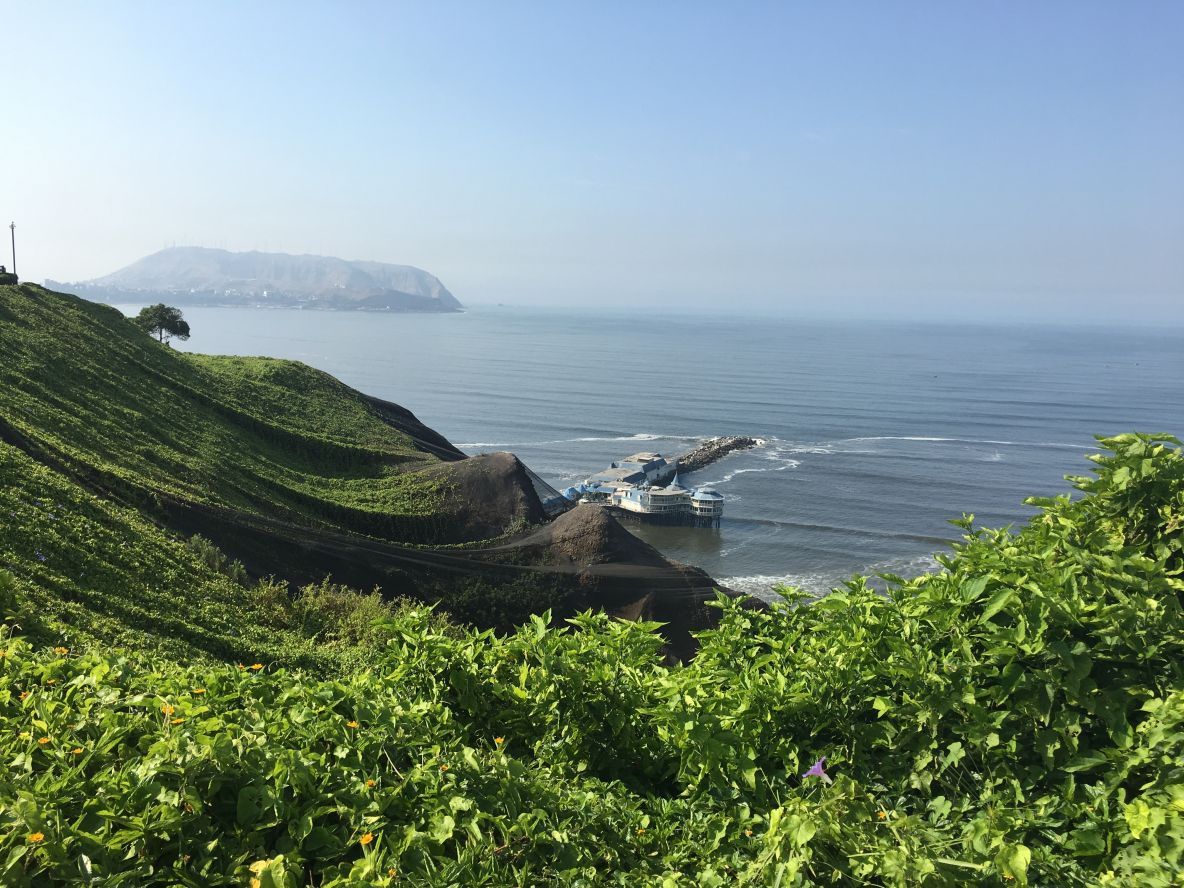 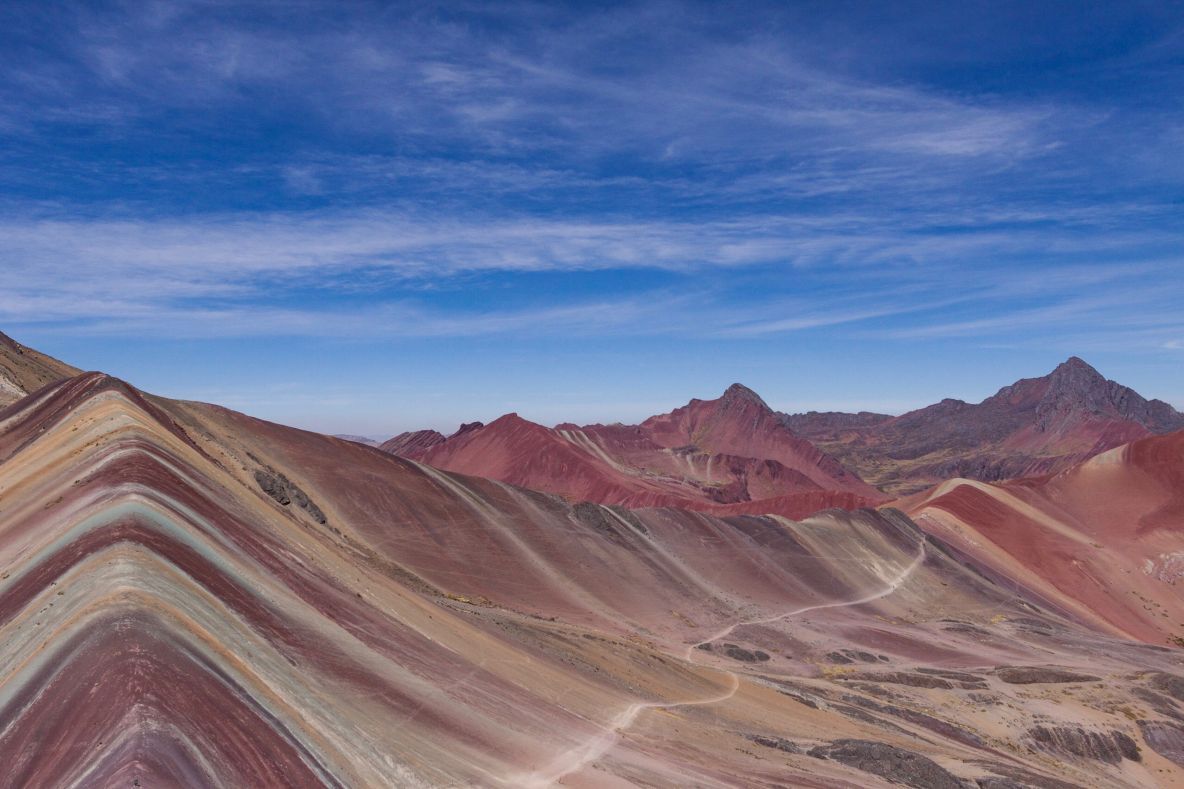 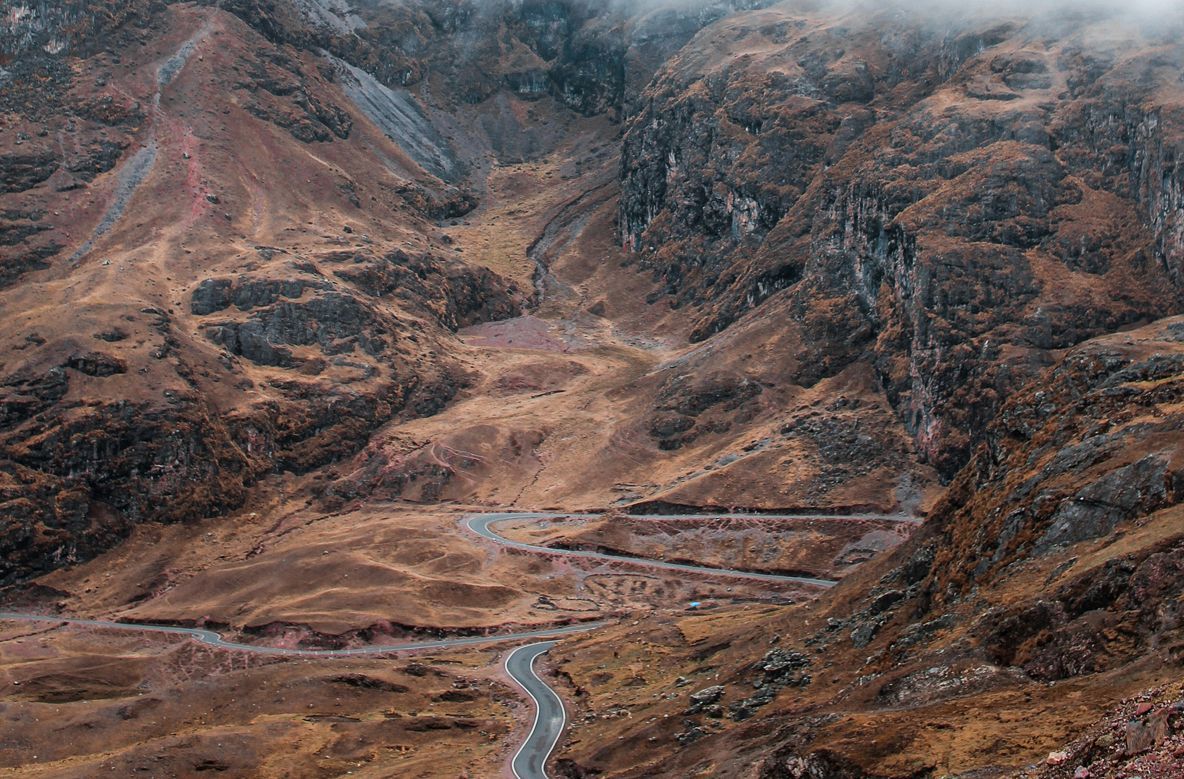 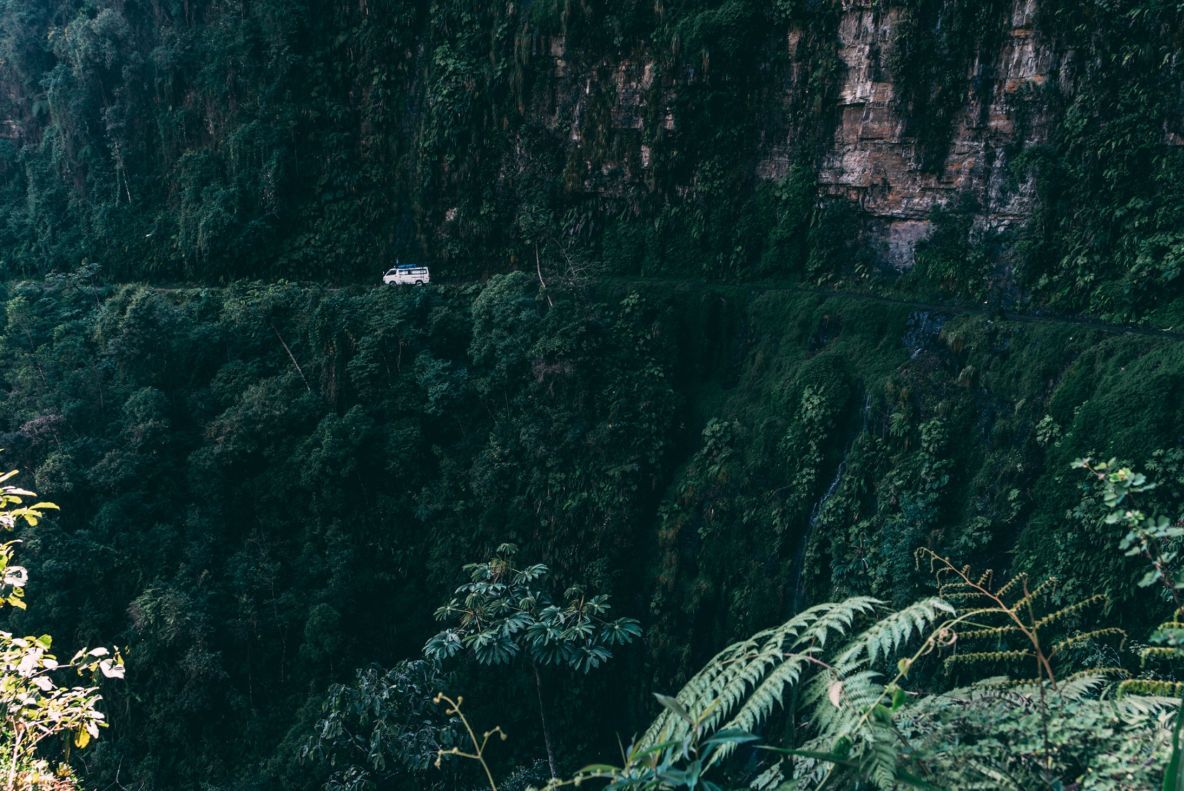 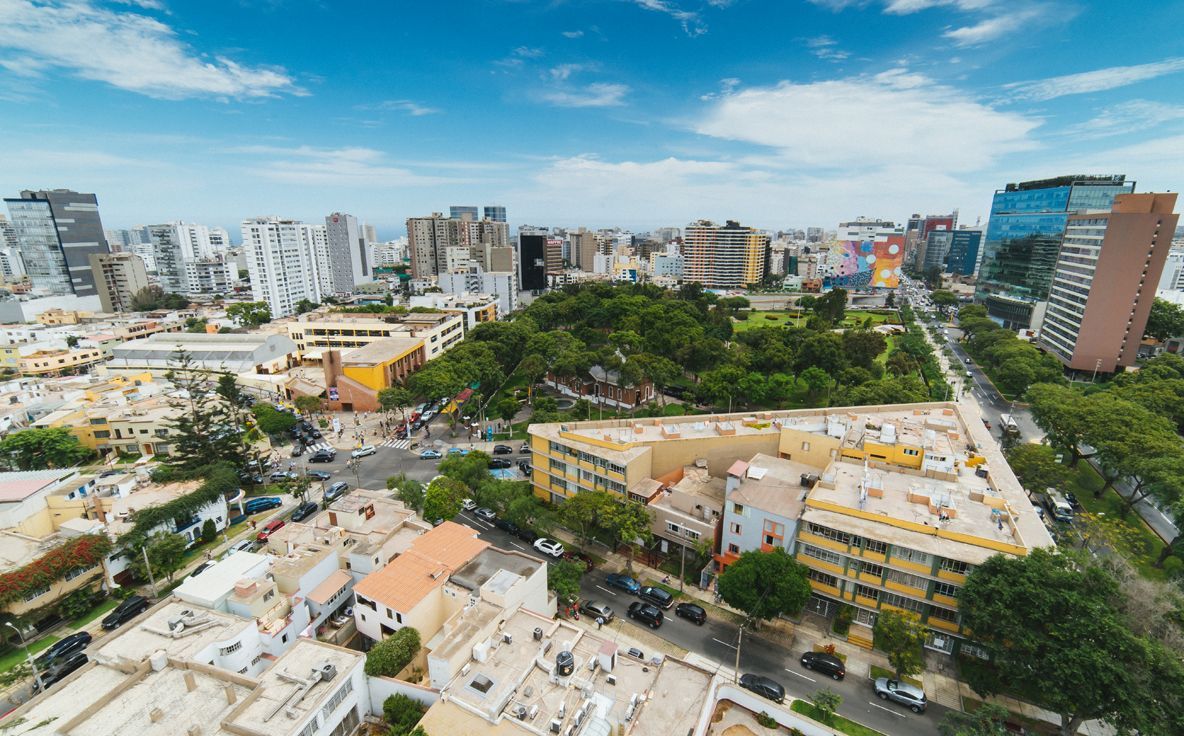 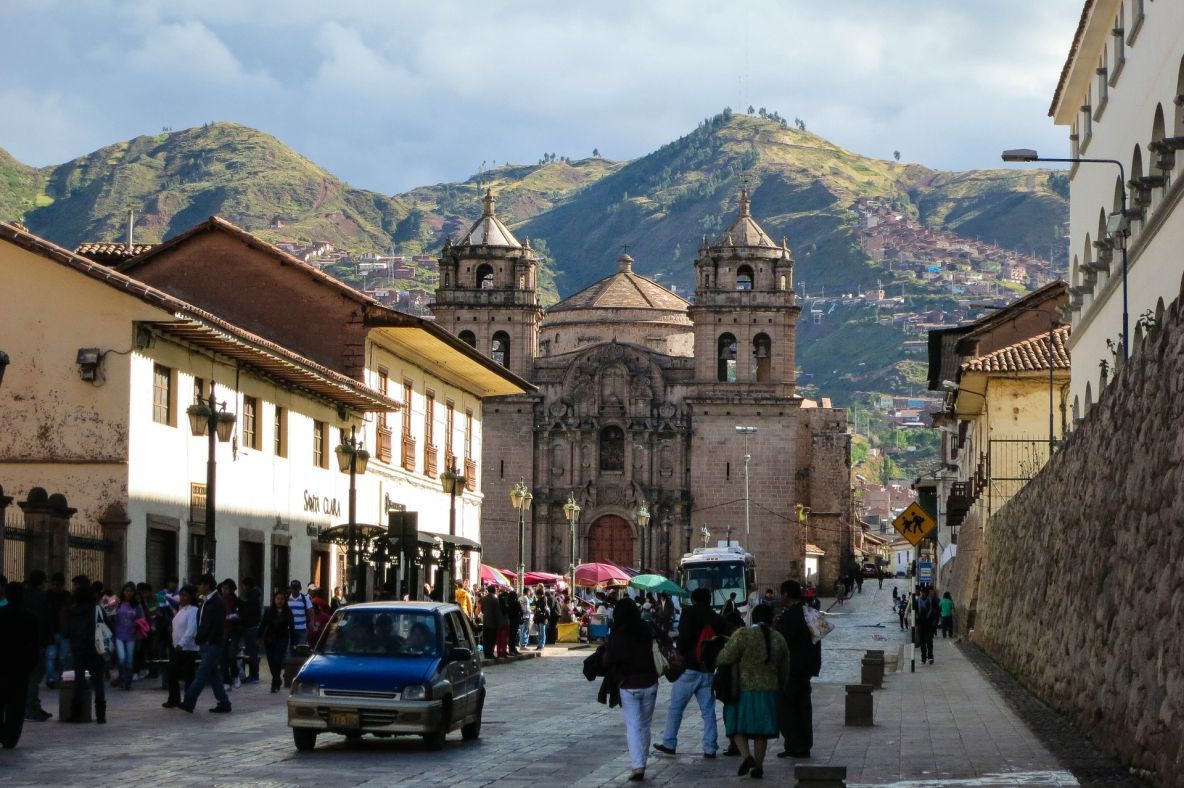 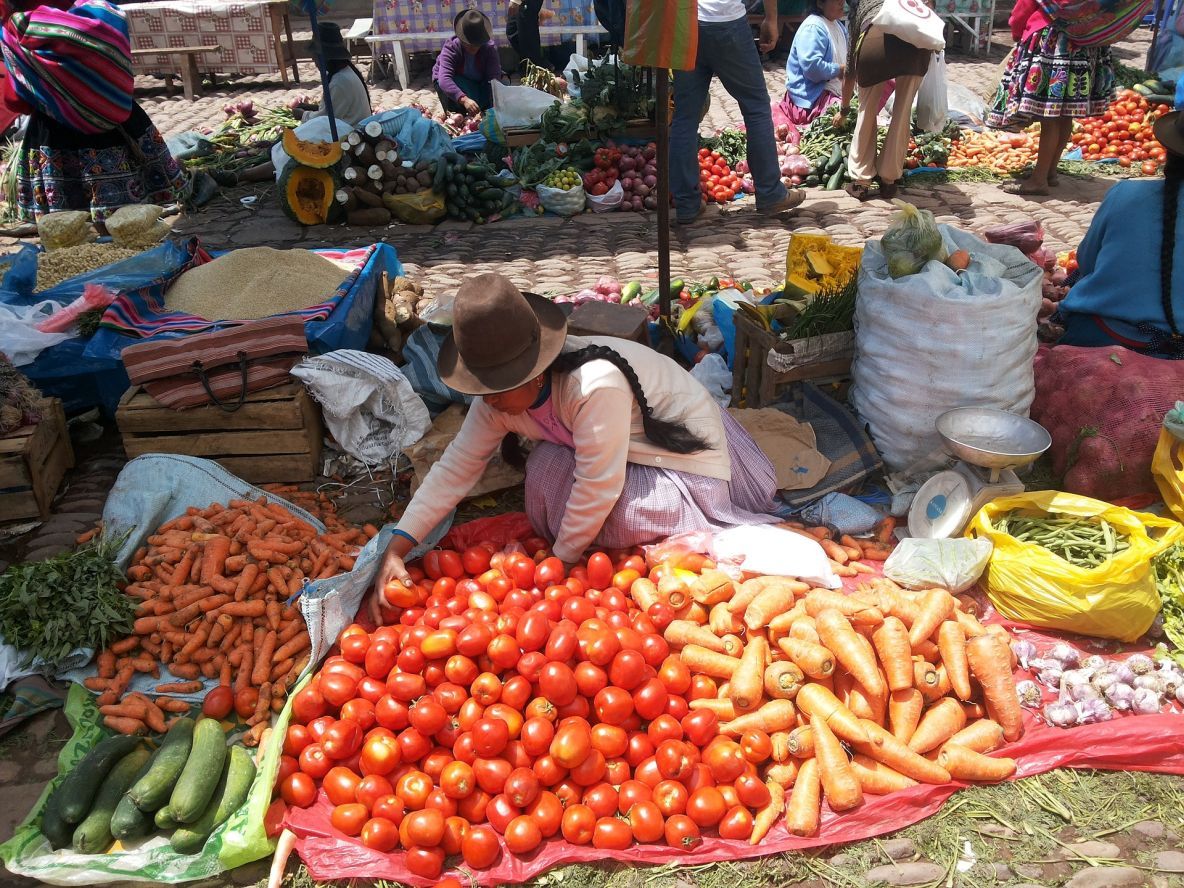 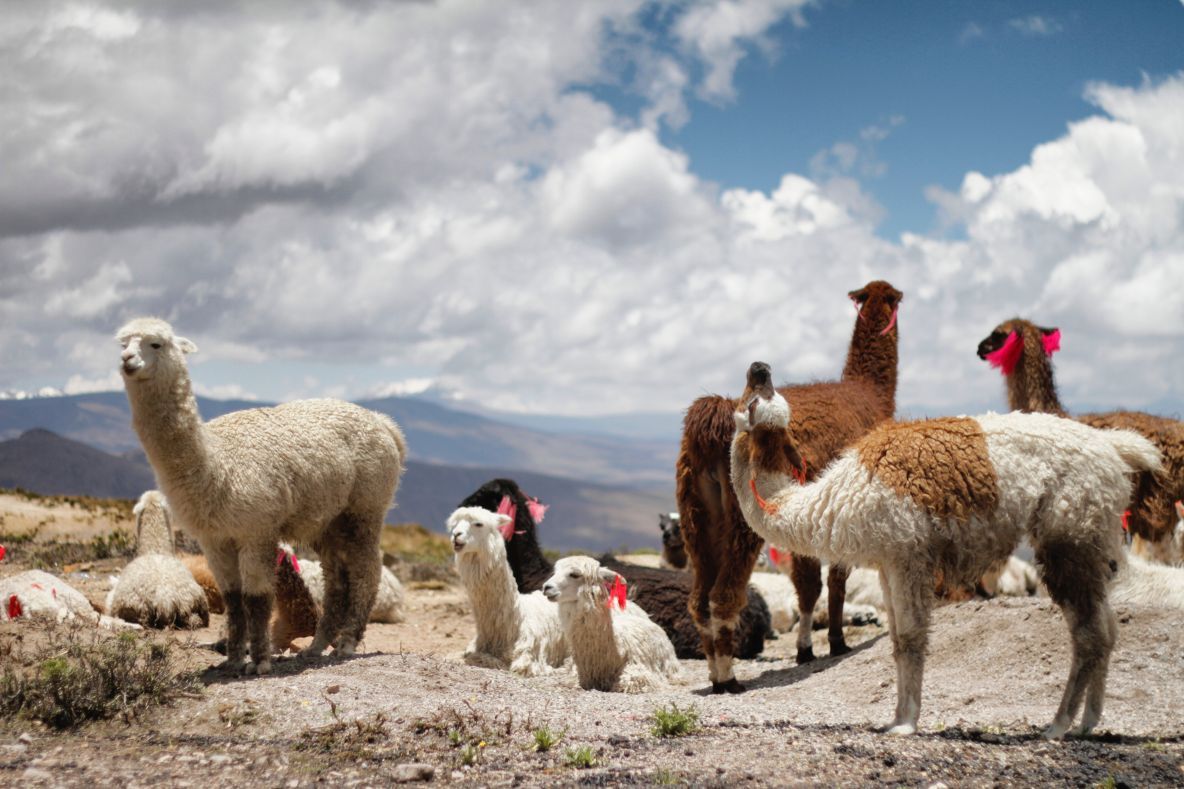 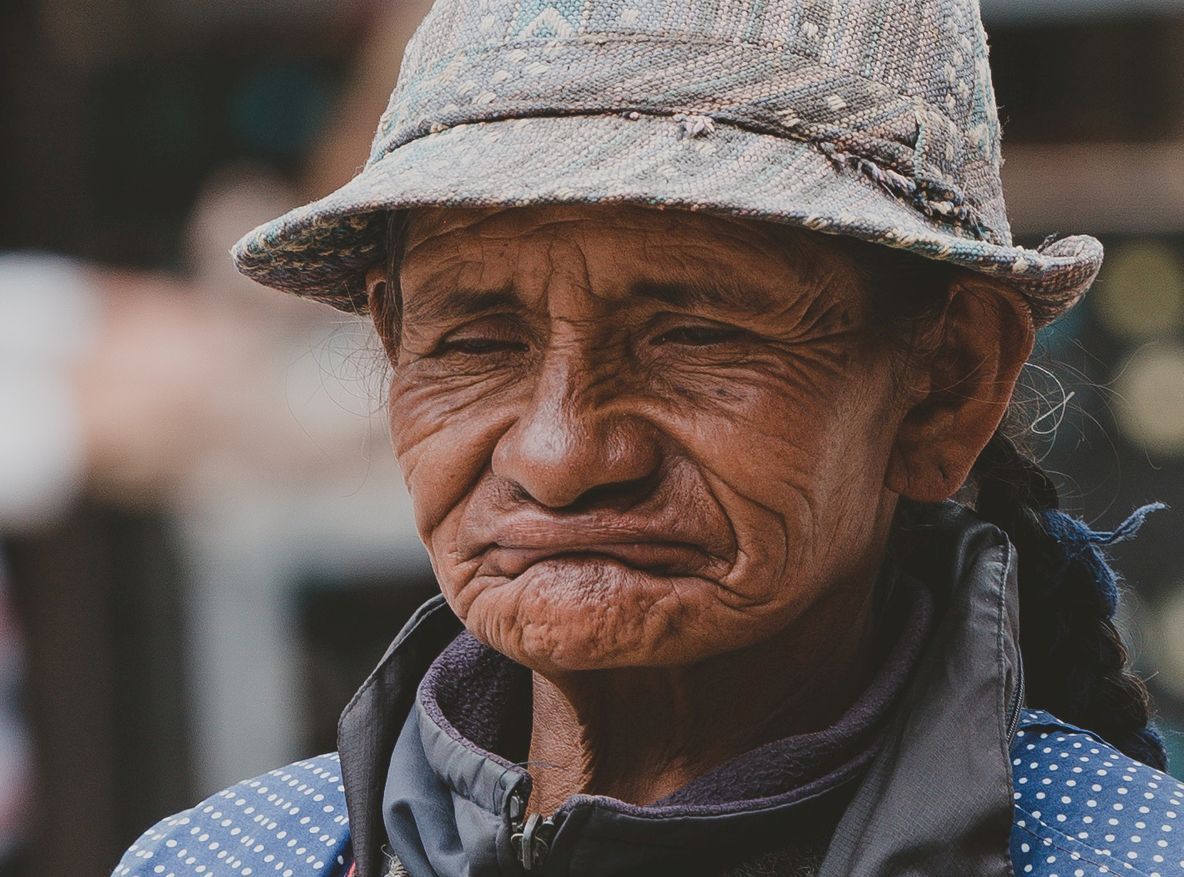 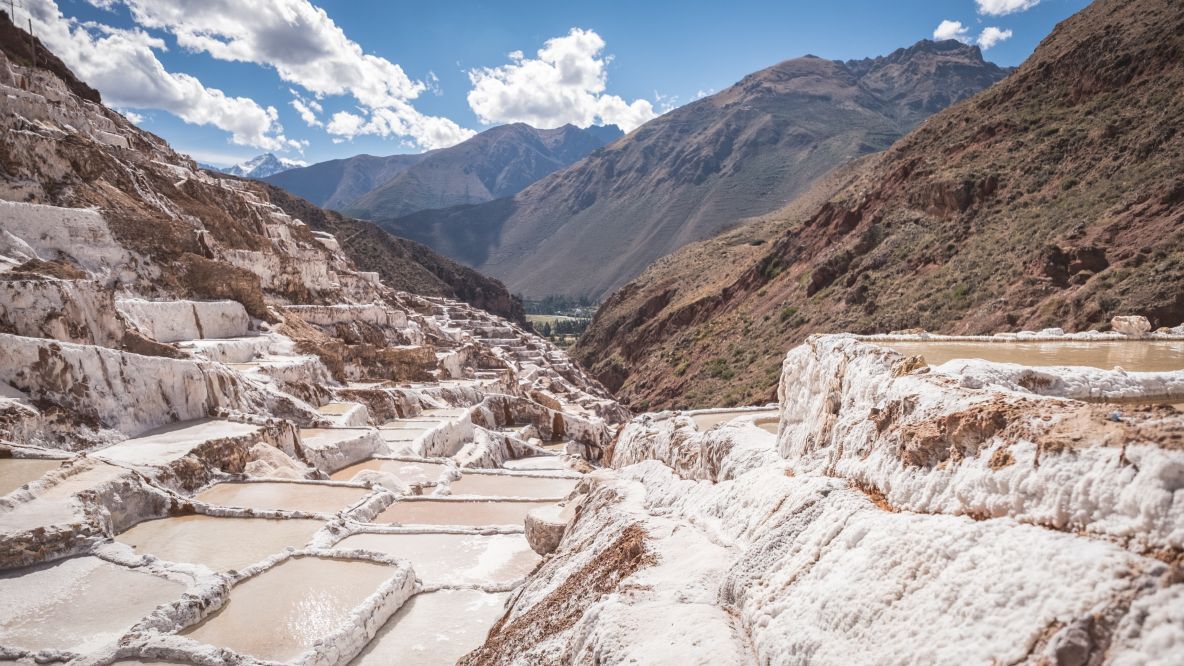 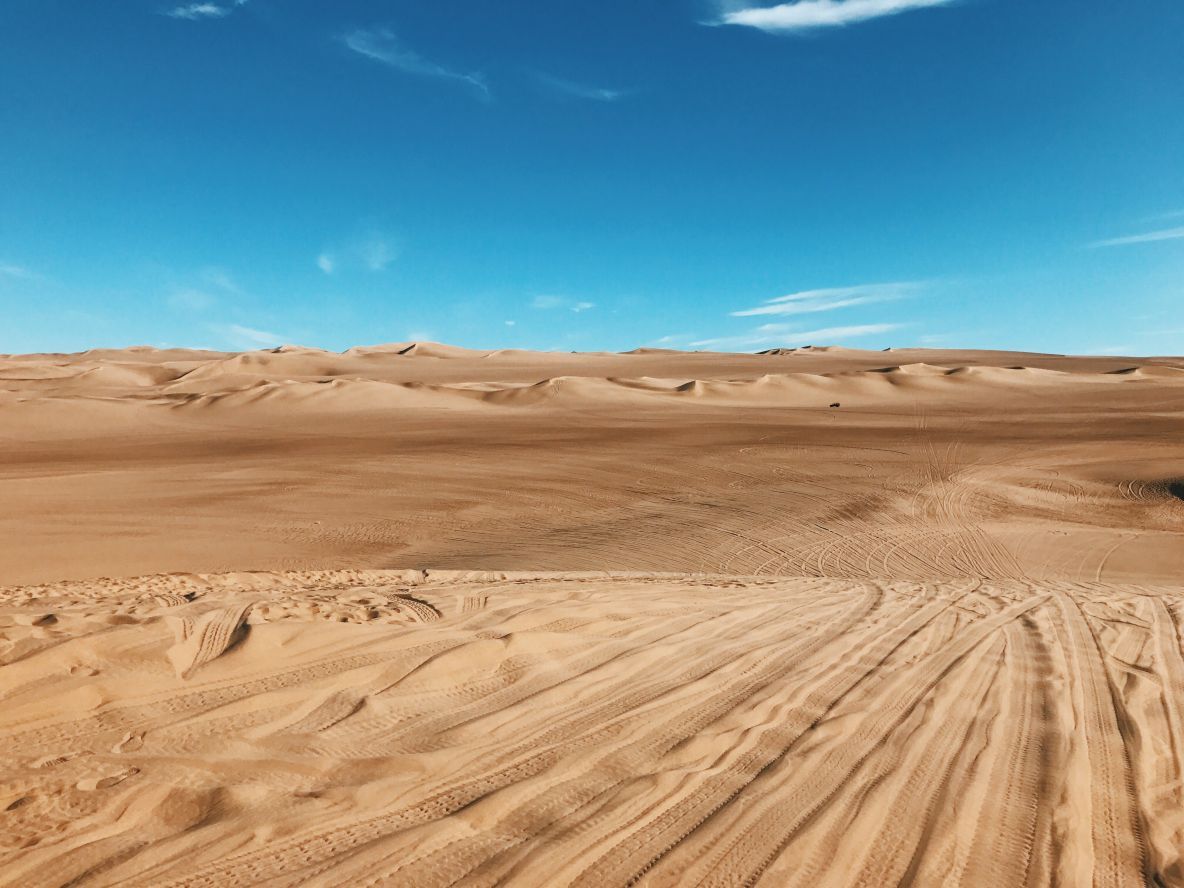 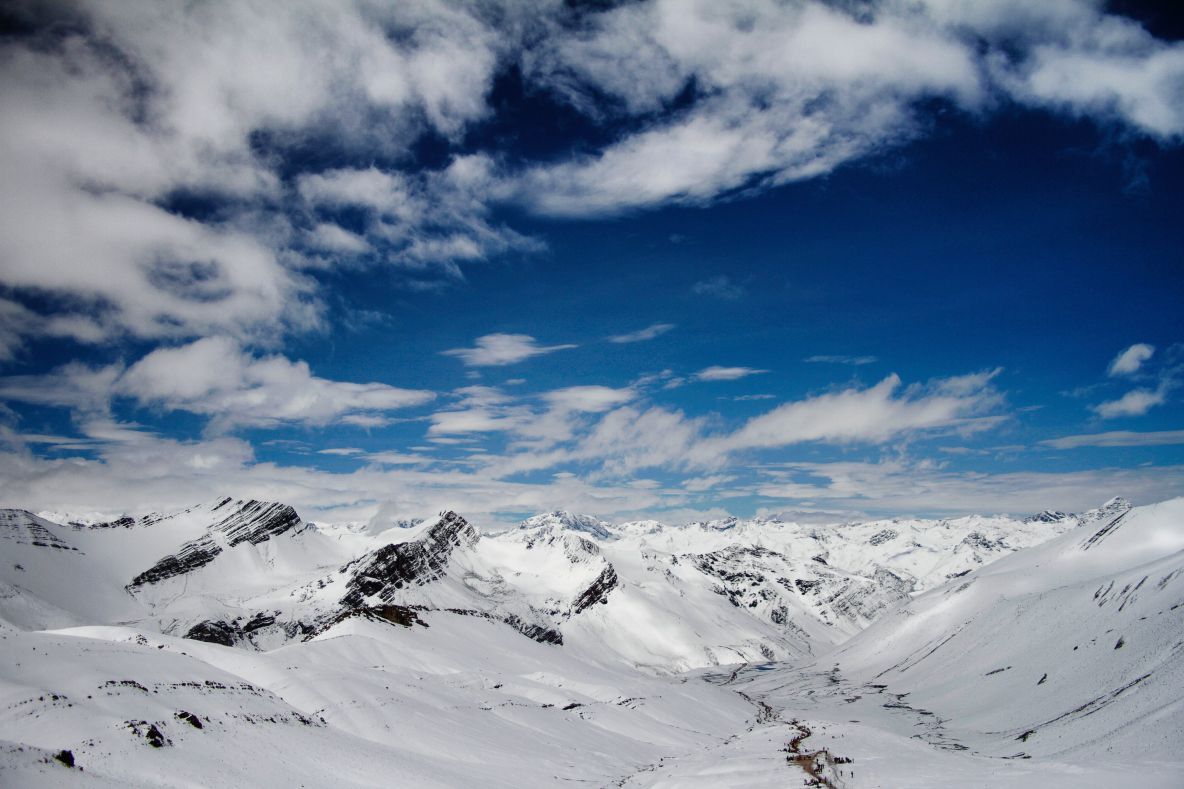 The contemplative old town of Cusco
© pixabay
Image 7 from 13

A merchant sells her goods
© pixabay
Image 8 from 13

The natiol animal of Peru: the llama
© unsplash
Image 9 from 13

Peru has snow-capped mountains, too
© unsplash
Image 13 from 13
With its relatively stable legal framework, Peru is a particularly friendly market for foreign investment in the region.
Wilhelm Schachinger, OeKB country expert

Construction projects in the queue

Soon, however, there will be building activities throughout the country, because Peru wants to invest heavily in its infrastructure – both in the transport, as well as in the water industry. "Lima is home to many people without access to water and electricity," says Wolfgang Köstinger. "The government's goal is that in a few years, 95 percent of the urban population is supplied with drinking water." Here he also scents opportunities for Austrian companies, as well as in wastewater treatment.

A high-level north-south road link is already under construction, a more than $ 10 billion railroad to Brazil is, however, still a vision: China wants to build this route to connect Brazil's Atlantic ports with the Peruvian Ilo on the Pacific. "I think the track will come sometime, but that's a project of a century," comments Köstinger. "Ilo Port actually does not exist yet."

Peru's economy is heavily dependent on raw materials: It is the second largest copper producer in the world, and is also in the lead with silver, zinc, tin, lead and molybdenum. "60 percent of the exports come from the mining industry," says Köstinger. Agricultural products such as coffee, avocados, mangoes and asparagus are the rest. "Peru is an extremely open economy," explains the business delegate. "Tariffs are traditionally low and trade agreements exist with all major export partners – China, the US, the EU and Brazil."

With solid annual growth rates of 3% on average in recent years, Peru is one of the more dynamic economies in Latin America. For the upcoming years, we expect a significant increase in copper production, so that economic output should continue to rise.
Wilhelm Schachinger, OeKB country expert

Foreign investors are welcomed with open hands, reports Köstinger – "even in key areas that other countries would protect." The tax rate is around half as high as in Austria. "However, there is a large informal sector that does not pay taxes," says Köstinger. Therefore, one must also view the official unemployment rate of only seven percent with caution. More resilient are the figures for economic growth: last year 4 percent, this year 2.5, "next year it should go up again more clearly."

Weaknesses of the location are widespread corruption, a tedious bureaucracy and the level of education. "There is no dual training system and universities are not among the best," explains Köstinger. "Anyone who founds a branch here must also take care of the training of the workers themselves." That is probably one of the reasons why no company from Austria has settled here with its own plant – nevertheless, several planning offices have branches here.

Much potential for exporters

Imports from Austria recently declined slightly, which Wolfgang Köstinger attributes to fluctuations in the project business, "I am very confident that Austria will increasingly export to Peru in the future and will also make use of major infrastructure projects." Exports of machinery are currently constant for plastic processing and chains for mining vehicles. In the last decade, the export volume rose from around 20 to almost 90 million euros. "I see opportunities especially in the areas of energy, environment and processing," says Köstinger. "Potential is still there, considering that Peru has over 30 million inhabitants."