Founded in 1946 as a service company for the banking industry, the portfolio of the Oesterreichische Kontrollbank AG was rapidly expanded. Today, its competencies benefit foreign trade, Austria’s capital market, energy market, and the Republic’s citizens as a direct result of OeKB’s work.

From the post-war period to the economic miracle

After the Second World War, the Austrian credit sector had to be rebuilt. During the National Socialist era, pre-war institutes had been taken over by the German Reichsbank and no longer existed. This is why, in 1945, the banking sector agreed upon the re-establishment of the Kontrollbank, which was expected to assume the areas of responsibility of the former Wiener Giro- und Cassenverein.

To help promote reconstruction, the British – and later the Americans and French – wanted to pass considerable inventories of goods to the Austrian government, including almost 30,000 military vehicles. An order of this size could not be completed by commercial banks alone, which is why the Oesterreichische Kontrollbank initially acted as an institute for trust after its foundation.

Reconstruction of money and the security giro system

In the first few years after the war, the newly formed institute gained a reputation as an independent financial service provider, and was entrusted with processing central tasks very early on.

1949: First government loan after the war

In 1946, OeKB AG placed the first federal treasury bills; the first federal bonds followed the next year. In 1949, OeKB was made the settlement agent of the Vienna Stock Exchange and headed the underwriting syndicate of the first government loan after the war.

1953: Supervision of the energy bond

OeKB’s first step in the energy market was taken in 1953, when it was first commissioned with the administrative and technical processing of the issuance of the 4 1/2 % and 5 % energy bond by the Verbundgesellschaft, at that time known as the Österreichische Elektrizitätswirtschafts-AG.

After Austria signed the State Treaty in 1955, the first federal bond was issued to the Republic in 1956 - and the OeKB business office for federal loans was founded. You can find out more about federal loans on the page “Federal loan auctions for the Republic of Austria”.

1965: Founding of the central depository for securities

With the founding of the central depository for securities, OeKB was also given the responsibility for the allocation of securities identification numbers (ISIN).

In the 1950s, the services offered by OeKB were broadened considerably.

Strengthening of the export economy from 1950

To boost the export economy, the government assigned OeKB with the duty of covering export transactions in 1950. In the same year, "Österreichischer Exportfonds" GmbH was founded, to support Austrian companies by financing their export transactions. Additional tasks for promoting exports were assigned to the OeKB in 1960.

In the mid-1950s, OeKB joined the Berne Union, the international union of export credit and investment insurers. You can read more about this on the page International framework.

Since 1960, OeKB has been entrusted with financing the export of goods and services with mid- to long-term credit periods. In the same year, the bank issued its own bonds on the Austrian bond market for the first time in the context of the Export Financing Scheme. In 1964, the first long-term export loan was issued.

Since 1967, the Export Promotion Act (AusfFG) has authorised the Federal Minister of Finance to assume liabilities for exports (guarantees) in connection with export financing.
In the same year, the first non-securitised foreign borrowing of funds for export financing took place; in 1968, the first securitised foreign borrowing by OeKB was carried out.

Ever since it was founded, OeKB has placed great value on modern technologies and contemporary process management. In its role as an independent third party in the market, it thereby increases the efficiency, security, and reliability of these processes and ensures that banks, companies and the Republic receive the best possible support and relief. In the 1970s and 80s, OeKB further developed its IT technology and continues to broaden its fields of business today.

1978: IT support for the Austrian financial market

With the PICS system, OeKB supported the Austrian financial market in using IT technology for the first time.

1987: Introduction of the auction procedure for government bonds

Since 1987, government bonds have been issued in the auction procedure carried out by the OeKB. And since 1988, OeKB has also been a custodian for money market federal treasury bills.

1992: OeKB is made a notification office under the Capital Market Act

Since 1992, OeKB has acted as a notification office under the Capital Market Act, accepting all mandatory reported data from the capital market. In addition, it offers numerous services that simplify the flow of information. You can find out more about this on the page Notifications and filing documents.

In order to be able to better support the Austrian economy when it comes to marketable risks of export transactions, together with Euler Hermes Aktiengesellschaft, OeKB founded the PRISMA Kreditversicherungs AG in 1989. Since 1995, OeKB is also able to offer refinancing based on liabilities from credit insurances. You can find out more about this on the page Private credit insurance.

In 2004, OeKB Versicherung AG was founded. For a long time she has been the only credit insurance in Austria covering commercial and political risks in one, standard policy.

New responsibilities in a united Europe

Austria’s accession to the EU also brought changes to the economy as a whole, but OeKB’s reliability in supporting companies continued. The expansion of IT systems was consistently implemented, and new lines of business were opened. In keeping with these trends, OeKB initiated its first activities in the credit insurance sector of South-East Europe in 2002.

The OeKB subsidiary, OeKB Business Services GmbH, has offered professional software solutions since 1996, and is noted for its quality, IT security services, and reliability.

In 1998, 70% of the ownership of Österreichischer Exportfonds GmbH, founded in 1950, was transferred to OeKB, allowing it to offer even more specific export promotions to SMEs as well. The Austrian Federal Economic Chamber (WKO) owns the other 30%.

2003: The OLEF system is initiated

With the web-based Online Export Financing (OLEF), OeKB makes it easier for banks to manage credit accounts for refinancing that are held with OeKB. You can find out more on this topic on the page Information for banks.

2004: Founding of the CCP.A with the Vienna Stock Exchange

CCP Austria came about as a result of the integration of the spot market clearing that Oesterreichische Kontrollbank AG had carried out as a settlement agent for spot products since 1949, and the futures market clearing for which the Wiener Börse AG had been responsible since 1991. CCP.A acts as a central counter party in Austria.

In 2007/2008, the financial crisis shook the world. OeKB faced this challenge with great expertise and reliable servicing of the economy.

2007: The Issuer Information Centre is founded

2008: Founding of Oesterreichische Entwicklungsbank AG - as the official development bank of the Republic of Austria

Since 2008, the OeKB subsidiary OeEB - Oesterreichische Entwicklungsbank AG - has financed investments by private companies in developing and emerging countries with the granting of credit at near-market conditions, and strengthens the developmental effect of these projects with related programmes. You can find detailed information on the OeEB website.

2009: Liabilities under the Act on Strengthening Enterprise Liquidity (ULSG)

Due to the tense situation in the financial market and the economic climate at the time, even large, healthy Austrian enterprises experienced unexpected shortages of capital. This is why, from 2009 to 2010, the Republic authorised OeKB to assume liabilities and, in doing so, ease access to financing required by companies for investments and growth.

2012: Even more service for the Austrian energy market

With the liberalisation of the energy market, new tasks were assigned to OeKB. Since 2012, it is now also a “General Clearing Member” (GCM) in the European Commodity Clearing (ECC) for spot market gas products, and provides the financial clearing and risk management for balancing energy gas for A&B Ausgleichsenergie & Bilanzgruppen-Management AG. In 2016, OeKB’s GCM service to the ECC AG was expanded with spot market electricity products.

From the early 2000s, OeKB increased its involvement in the energy market. In 2002 it took over the financial clearing and risk management for AGCS Gas Clearing and Settlement AG, and for the market sector of exchange-traded electricity of Energy Exchange Austria (EXAA). In 2006, it took a share in Cismo Clearing Integrated Services and Market Operations GmbH, which provides services for energy companies.

Learn more about this on the page Energy Market Services.

The Austrian market leader in the sector of credit insurance, Acredia Versicherung AG, was formed in 2014 and was operating until March 2019 with it's two brands OeKB Versicherung and PRISMA - Die Kreditversicherung.

In 2015, the online services offered in the OeKB login portal (now my.oekb) were expanded with web-based reporting for the export financing scheme. Using these services, banks can rapidly get an overview, online, of the most recent data; such as funded statuses and sales for all businesses, as well as having access to extensive historical data.

In 2017, OeKB and the Austrian Federal Economic Chamber (WKÖ) decide on the complete takeover of the previously jointly managed subsidiary Exportfonds by OeKB. One year later, OeKB fully integrates the "Österreichischer Exportfonds" GmbH (Exportfonds) and, from this point on, offers export financing for large companies and SMEs from a single source. The approximately 2,000 small and medium-sized enterprises, which until then were managed by the Exportfonds, now receive favorable, revolving working capital loans from OeKB to finance their current export orders and receivables.

In April 2019, OeKB takes over 68.75 percent of the shares in the Österreichischen Hotel- und Tourismusbank Gesellschaft m.b.H. (Austrian Hotel and Tourism Bank - ÖHT). With the majority stake in ÖHT, OeKB is expanding the strategic direction of the OeKB Group as a central funding agency. Both special banks share the goal of strengthening the Austrian economy in international competition and offering companies from the tourism and leisure industry attractive financing solutions. 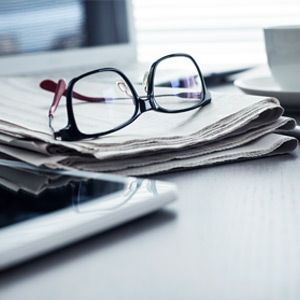 Stay up to date

OeKB’s history continues to evolve. With our statements, we keep you informed of all important developments. Call up our press releases from recent years.
Call up now

The locations of OeKB

Find out more about the OeKB locations in Vienna’s city centre, and the history of these locations throughout the centuries.

Transparency is important to us: you can find all the facts and figures of OeKB AG and download our reports here.

Get an overview of our claim to Corporate Social Responsibility and responsible corporate management.