The value of company pensions depends, above all, on the investment results of the Austrian pension funds. OeKB has been recording the performance of pension capital investments since 1998 in order to have an overview of the yields of the total market. Q4 2022 is expected to be published from 14.02.2023.

Development of the performance of Austrian pension funds since 31.12.1997 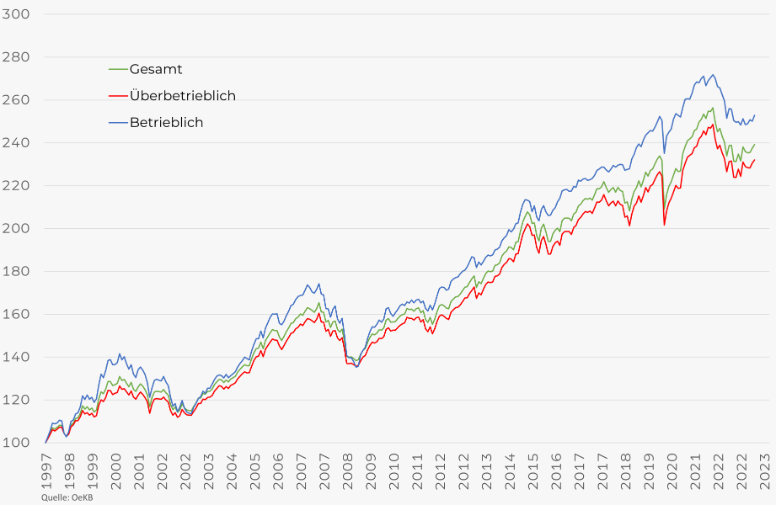 Key figures of the inter-corporate pension funds by investment type as of 30.09.2022

Key figures of the inter-corporate pension funds can be found listed in the table below according to investment type. We differentiate between five investment types, from defensive to aggressive.

An investment type is assigned to an investment and risk group (VGR) according to its equity component.

A service by OeKB Capital Market Services on behalf of WKO 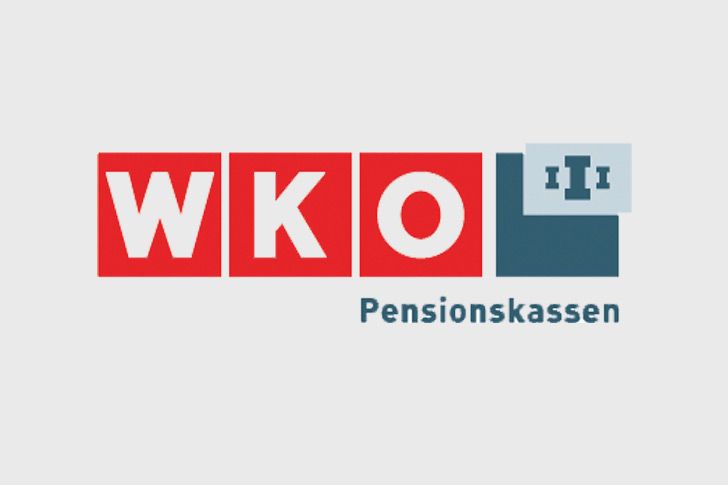 Asset allocation refers to the distribution of the invested assets among various types of investment classes.

Pension funds are institutions that implement pension promises for companies and which, under state supervision, ensure that supplemental pensions are paid - in addition to the general pension system. These pensions are also frequently called company pensions.

Supplemental pensions do not function according to an apportionment system but rather are saved for each beneficiary individually (capital cover procedure). The capital paid in is invested in capital markets. This capital is insured against the possibility of an employer going bankrupt.

The development of the value of the invested assets over a defined period of time is called its performance. Performance is measured by a standardised method based on uniform formulas (Modified Dietz).

Pension funds which set up different investment and risk groups for employees from different companies are intercorporate pension funds.

Year-to-date refers to the performance, from 31 December of the previous year to the current cut-off date. For instance, 30 June would be performance over six months. Annual performance, in contrast, is always a period of twelve months.

Volatility refers to the range of fluctuation in performance. As such, it includes a risk factor that indicates the intensity of a financial investment over a certain period of time. Volatility is only shown after 36 months of observation.